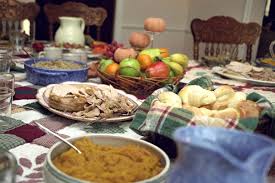 Thanksgiving Weekend is the most traveled holiday period of the year in the United States (sorry Christmas and... the Super Bowl?). But this factoid is bad news for anyone who travels to the home of a friend or relative for Thanksgiving dinner.

According to the National Highway Traffic Safety Administration (NHTSA), DUI arrests throughout the United States spike between Thanksgiving and the end of New Year’s weekend.

Social binge drinking is also very high during this time of year, as the Wednesday before Thanksgiving has earned the nickname of “Black Wednesday” due to the fact that it is the busiest night of the year for bars and pubs.

History of DUI Activity on Thanksgiving

For the years 2008 to 2012, there was an average of 49 annual traffic fatalities in Washington state between the Thanksgiving and New Year’s Day holidays. Driving Under the Influence (DUI) remains the leading contributing factor in traffic fatalities in the U.S., which has prompted authorities in our state to ramp up the patrols for intoxicated drivers.

Last year, the Washington State Patrol – along with other various police agencies across Washington state – increased the frequency of DUI patrols throughout the state during the period between Thanksgiving and New Year’s Day.

This year, we can expect much of the same. With the relatively-recent legalization of marijuana in Washington, impaired drivers are likely to be much more common which also increases the risk of being involved in an accident with a drunk driver.

If you see a suspected drunk or drug-impaired driver on the roadway this holiday season – or any time of the year, really – please call 911 to report the driver to authorities. It could save lives and help everyone enjoy a safe and happy holiday.