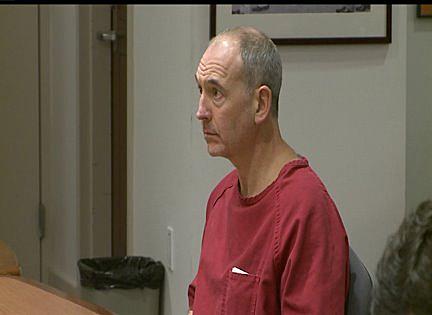 Alexander Peder, 57, was drunk on the day that he got behind the wheel in in June 2010. He slammed his vehicle into another car, killing two teenagers. Both of his victims were seniors at Decatur High School.

Investigators found that Peder had been caught driving under the influence multiple times before the fatal crash. He was originally sentenced to 8.5 years for driving under the influence and vehicular homicide; that sentence was later reduced to 6.5 years, and he was released early from prison. As part of the terms of his release, Peder was required to have an ignition interlock device installed in his vehicle. He was also forbidden from returning to alcohol use.

During an investigation in October 2016, the Washington State Patrol found that Peder was driving a vehicle without an ignition interlock device. They checked with the company that monitors Peder’s device; that company pulled records and found that Peder rarely drove the approved vehicle with the device installed. He had been driving a different vehicle instead; investigators believe that it was a company car.

Police obtained a search warrant and found that Peder was keeping vodka in his freezer. This was in clear violation of the requirements to avoid alcohol use and drive only an approved vehicle with an ignition interlock device.

In December 2016, Peder was charged with two counts of violation of ignition interlock driver's license. He was also required to refrain from consuming alcohol and he needed to wear a SCRAM/ alcohol monitoring device. However, in March, Peder’s attorney asked that the requirements to avoid alcohol and to wear the monitoring device be removed, and King County District Court Judge David E. Meyer agreed.

Still A Danger To The Community

On Monday afternoon, prosecutors filed a motion to reconsider. They believe that Peder’s history of driving without the required interlock device indicates that he is still a danger to the community. After their filing, judge Meyer reversed his decision and required that Peder resume alcohol monitoring by May 15th. Peder must also return to court on May 26th for charges related to his violation of the interlock ignition device requirement.

Peder’s victims are no longer able to speak for themselves, but their parents have become advocates for justice. Mary Bobbitt, the mother of one of the teenagers he killed, told reporters, "My job in life from here is to keep this man from killing someone else. I can't keep waiting and doing nothing. I have to speak out because someone else's family is going to be going through the same thing."

The cousin of one of the victims, Stacey McShane, was inspired by the tragic crash to become the manager of Snohomish County’s Target Zero program. The project’s goal is to eliminate traffic fatalities in Snohomish County.

If you've been injured in a drunk driving collision, contact Davis Law Group.