DUI Driver Crashes On I-5 Near Tacoma Injuring 2 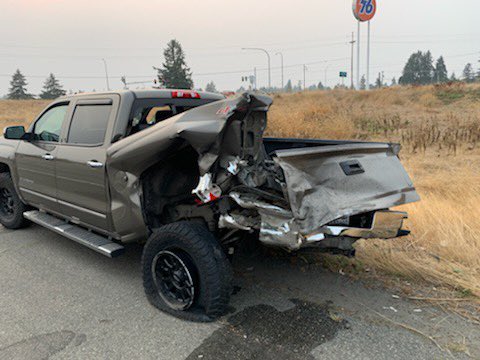 Two people were injured in a high-speed DUI collision on I-5 near Tacoma.

Witnesses reported seeing a vehicle traveling at up to 100 mph before causing a collision that involved two other vehicles.

There were no injuries reported from either of the two other vehicles involved in this accident however both the driver and a passenger from the speeding vehicle were injured.

The passenger appears to have been the most seriously injured and was taken to the hospital in serious condition.

Troopers and soon WSP detectives are investigating a vehicular assault, 3 car collision. Occurred south I-5 at Bridgeport Way. Causing driver and passenger are only ones that took injuries. Driver is impaired and under arrest. Expect a lengthy delay for traffic. pic.twitter.com/8S8oLx5DFA

The at-fault driver is being charged with vehicular assault and DUI according to state patrol officers.

High speed and high BAC can often make for a deadly combination, thankfully in this case, it appears that all parties will likely survive the trauma inflicted by the drunk driver who caused the collision.

The good news for the passenger injured in this collision is that their right to recovery after a collision as a passenger in the at-fault driver's vehicle is no different from that of a pedestrian or a passenger or driver in any other vehicle.

In Washington State, the standard of care drivers must extend to others on the road also includes to their passengers meaning it is the driver's responsibility to act as a "reasonable person" in any given scenario.

That means that once the woman injured in this crash or anyone else in a similar situation is able to recover in the hospital it would be in their best interest to request the police report from their accident if one exists and look into starting their own investigation into the crash and the damages suffered for settlement purposes.

Davis Law Group was created to act as advocates for accident victims against insurance companies in a system that is so often rigged against them, our passion for serving accident victims is even stronger when it comes to drunk driving collisions.

We recognize that there is no such thing as a drunk driving "accident" because in every case somebody made the choice to drive drunk, and every single crash, injury, and fatality that comes from drunk drivers on our roads are preventable.

Davis Law Group has long been partnered with MADD and our own Mischelle Davis serves on the board of the Washington State MADD chapter.

One way that we show our commitment to helping accident victims is by offering free case evaluations where our team of award-winning drunk driving collision attorneys can help layout the best path forward for their claim.

You can request your free case evaluation from the team at Davis Law Group 24 hours a day, seven days a week by calling 206-727-4000 or by using the chat or contact options on this page.