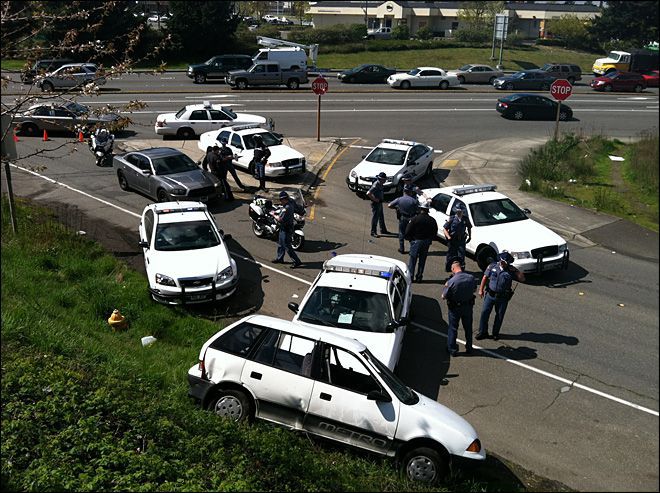 An incredibly reckless driver was arrested in the Des Moines area Tuesday morning after Washington State Patrol (WSP) troopers witnessed him committing a trifecta of moving traffic violations on Interstate 5; in their reports, police say the man was driving the wrong direction on the freeway in excess of 80 mph with his foot out the window.

Sometime late Tuesday morning police received reports of a Geo Metro heading northbound in the southbound lanes near Tacoma. A WSP motorcycle trooper who was responding to the calls was nearly struck by the vehicle, according to Trooper Julie Judson.

Police continued to pursue the man, who reportedly drove in the HOV lanes on the wrong side of the freeway and was swerving around oncoming vehicles throughout the pursuit. Police also say that he began waving a black flag or T-shirt out the window. 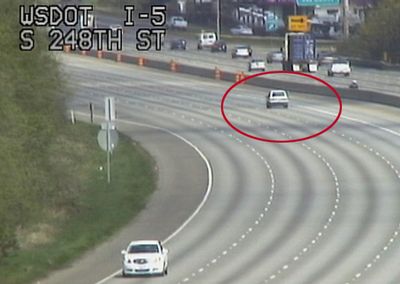 When troopers began organizing an effort to stop the man, he exited I-5 at SR-516 near Kent and attempted to flee police on that roadway. However, police were able to perform a PIT maneuver on the vehicle and get him stuck on a grassy embankment off the shoulder of the road.

Judson says that police were fortunate to be able to safely handle such a complicated situation without any injuries to innocent drivers on the roadways.

“It’s scary because not only is it dangerous to have a head-on vehicle but it’s so hard to get in front of it and get into position to get it off the roadway,” she said.

The driver of the wrong-way vehicle was arrested and booked into the King County Jail for investigation of a number of crimes, including drunk driving and evading arrest.

If you've been involved in a car accident, contact Davis Law Group.