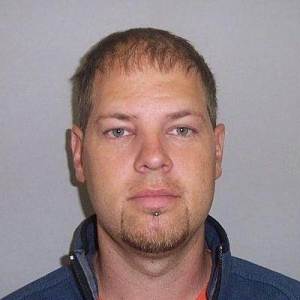 The Washington State Department of Social and Human Services (DSHS) recently agreed to settle a sexual abuse lawsuit brought forward by a teen who alleged she was raped by a male counselor at a state-run psychiatric hospital for kids.

According to court documents, the victim – identified only as Crystal – began living at a foster home run by Corrie Tienhaara and her husband when she was just 11 years old. But after two years living with Tienhaara, Crystal had a breakdown and was taken to the Child Study & Treatment Center in Lakewood, the only state-run psychiatric hospital for children in Washington.

During her nearly four-month stay at the hospital, Crystal alleges that counselor Tony Grant initiated a personal relationship with the teenage girl and eventually began sexually abusing her. Crystal claims that Grant sexually abused her every day for approximately three months.

Court documents also show that Crystal and another female patient had numerous photos and love letters that involved Grant, some with sexually-suggestive tones. Interestingly enough, the hospital claims to have “strict guidelines” that prohibit male employees from being alone with female patients.

Despite this rule, the lawsuit contends that Grant regularly spent time alone with female patients in their rooms and even chaperoned them on trips to the movies.

“These are profoundly vulnerable children,” said the family’s attorney. “And in this case, Crystal was admitted with a history of abuse. It was clear from her records she was particularly susceptible to sexual predators.”

Signs of a Sexual Predator

Tienhaara says she started hearing Crystal talk about her relationship with Grant and that it concerned her that it sounded like she was quite fond of the male counselor. Tienhaara did some more digging around and uncovered emails that Grant was spending a lot of time with Crystal, and that many times it was just the two of them alone.

“If you are a man who is supposed to work with mentally ill children and you see this type of obsession starting, you would stop it immediately,” said Tienhaara.

But Grant would continue to spend time alone with Crystal and other young female patients, and was allowed by hospital staff to chaperone outings with multiple patients at a time, where Crystal says the sex abuse continued.

DSHS acknowledged Grant’s history of sexually abusing Crystal in a termination letter it sent to him in 2004. Grant was fired, charged with sexual assault and entered a misdemeanor plea deal as a result of the charges. He is now a registered sex offender.

The $3 million settlement will be used to provide Crystal with further rehabilitation and treatment for the traumatic experience she endured while in the care of the state. Crystal’s personal injury attorney contends that DSHS’s efforts to fight the lawsuit cost the state $250,000 in taxpayer money.

Click here to read the original story on Q13 FOX.