Drunk Drivers are the Scariest Thing about Halloween Night 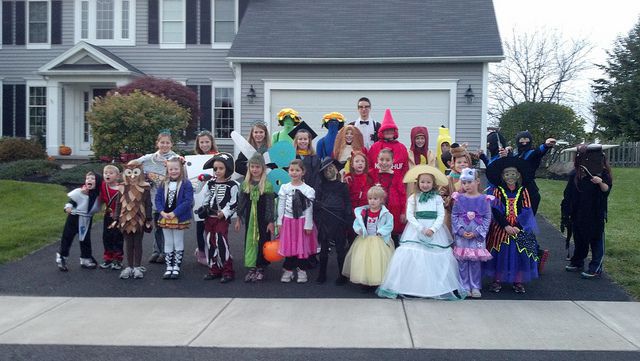 On an average day in the United States, approximately 30 percent of all fatal car accidents involve a driver who was under the influence of alcohol at the time of the crash. It’s a scary statistic that really puts into perspective how many preventable fatal crashes occur on a daily basis in this country.

An even scarier statistic, however, is the fact that the percentage of fatal drunk driving accidents nearly doubles on arguably the most popular night of the year for families to be in the streets with their children.

According to federal traffic data, an estimated 50 percent of all fatal motor vehicle accidents that occur on Halloween involve an alcohol-impaired driver. Between the years of 2008 and 2012, approximately 166 people have been killed in motor vehicle accidents on Halloween night involving a driver with a blood-alcohol level over the standard legal limit of .08 percent.

Make matters worse for pedestrians is the fact that October 31 takes place on a Friday this year, which has police and traffic safety advocates preparing for even more inebriated drivers on the roadways.

“People are in a big party mode from that Friday through the weekend – the drinking involved, the general climate of whimsy and fun, it can make people neglect safety,” says Robert Sinclar, spokesman for AAA in New York. “I put it on par with New Year’s Eve and the Super Bowl.”

That’s right – a traffic safety expert is comparing Halloween with two of the most dangerous days of the year for pedestrians when it comes to drunken driving collisions.

Police are having a tougher time making the most out of their emphasis patrol efforts, as drivers can easily communicate to one another about DUI checkpoints thanks to advances in smart phone technology. To combat this, agencies across the country are making their checkpoints mobile-ready so they can set up at multiple locations throughout a particular evening.

But even as police strategies for catching drunk drivers continues to evolve, the importance of the public’s help remains elevated. If you are on the roads on Halloween – either as a driver or a pedestrian – and see a vehicle driving erratically, making a precautionary 911 call could end up saving someone’s life.

What’s even scarier about all of this is that the data only refer to drivers with a blood-alcohol level over the legal limit, meaning drivers under the influence of narcotic drugs aren’t accounted for in the statistics. The number of drug-impaired fatal crashes would likely make the total much higher, especially in Washington state where recreational marijuana use is now legal.