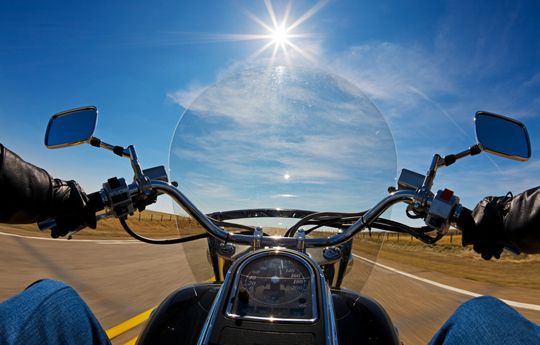 A suspected drunk driver is in police custody after striking and seriously injuring a motorcyclist on south Whidbey Island on Thursday, according to the Washington State Patrol.

Reports state that the driver of a Jeep Cherokee was traveling north on Highway 525 when it veered across the center lane and into oncoming traffic. The Jeep crashed into the motorcyclist approaching from the opposite direction.

The motorcyclist was a 46-year-old man. His BMW motorcycle was totaled. He was airlifted to Harborview Medical Center in Seattle with serious injuries.

The driver of the Jeep was a 59-year-old woman. She was not injured. According to reports, she was booked into Island County Jail on suspicion of DUI and vehicular assault.

Motorcycle operators are obviously at a greater risk to injury on roadways. They have less protection passenger vehicles do – complete with airbags, anti-lock brakes, and seatbelts – and their passengers are at serious risk in the event of a crash. The Centers for Disease Control and Prevention has studied the injury rates in motorcycles over the years, and the numbers aren’t all that surprising.

In 2016, there were 2,264 motorcycle-involved crashes in Washington State. Of those accidents, 363 involved serious injuries, while 77 were fatal.

Here’s a look at the most common types of injuries sustained in a motorcycle crash:

If you or someone you know has been seriously injured in a motorcycle accident in Washington state, contact Davis Law Group, P.S., at (206) 727-4000, use the chat feature below or the contact form on this page to discuss your case for free.