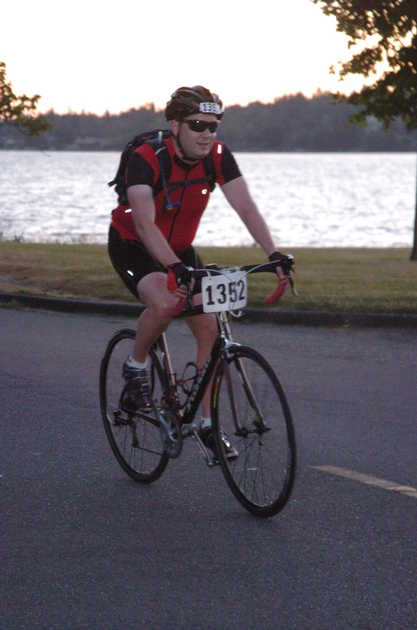 On Thursday, January 9, 2013, 21-year-old David Lee Rivera Godinez was sentenced to two years in prison for his role in a fatal bicycle accident that caused the death of Jared Carr in May 2012.

Court records show that Godinez, who was 19 at the time of the fatal accident, pleaded guilty to vehicular homicide while under the influence of alcohol and was sentenced to two years and four months in total prison time. Two years is mandatory without any potential to qualify for good time because Godinez has prior DUI related convictions on his record, according to news reports.

If this case would have gone to trial there may have been some issues, such as Carr riding on a road after midnight in an area of the state that has narrow shoulders. But Carr’s attorney pointed out that Mr. Carr was a safe rider following all the rules, adding that Carr was riding with the correct reflective gear so that any vehicle could see him on the roadway.

And according to police, Godinez's blood alcohol level was well-above the legal limit two hours after the collision had occurred. It was important to the Carr family that Godinez admitted fault more so than the amount of jail time he received.

Teen Was Drinking Before Crash Occurred

Godinez was 19 years old at the time of the drunk driving accident when his 2007 Honda Accord struck Carr and his bicycle on the side of the road while Carr was believed to be changing a flat tire. Godinez told officials he swerved due to a skunk in the road which made him lost control then hit the gravel next to the roadway and spun out of control all while hitting a telephone pole. He claims he never saw a bicyclist on the side of the road.

Godinez admitted to having consumed four 12-ounce beers prior to getting behind the wheel and told officers his driving ability was not impaired. When he took the portable breath test at the scene of the collision he blew, 0.097 and the legal limit in Washington State is 0.08. Investigators found that Godinez was driving at 75 mph in a 50 mph zone.

Jared Carr was 30 miles from his destination and wife of his 250 mile training ride when he was struck by Godinez’s vehicle ending his life. Immediately following the crash Godinez fled the scene and officials found Carr’s body alone on the side of the road. Godinez returned to the scene shortly after the body was found with his parents.

About one-third of all drunk driving-related issues - including arrests, crashes, deaths and injuries - involve repeat  offenders, as Mr. Godinez is. Vehicles and bicyclists share the road at all given times of the day, and the reality is that this often includes drunk drivers. Bicyclists can improve their need to make sure that they’re 100% visible so there is no question who is at fault if a collision does occur. If Mr. Carr was not wearing his reflective gear in this collision, Mr. Godinez may have walked away from the scene with only a speeding ticket.