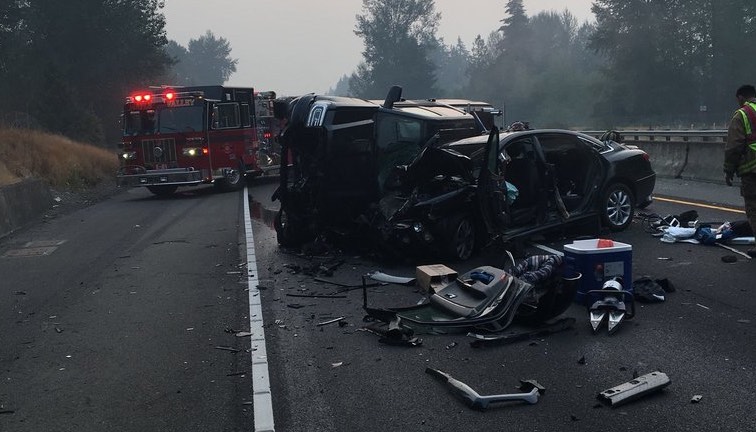 A man suspected to be high on drugs caused a wrong-way head-on collision on State Route 18 Monday morning in Covington, according to the Washington State Patrol.

According to police, a man was driving east on the should of the westbound lanes when he veered into traffic and hit a pickup truck head-on. The wrong-way driver was pinned in the wreckage and had to wait for firefighters to free him.

The man was taken to Harborview Medical Center in Seattle. His condition is not known. State Patrol believes the man was under the influence of drugs and will be held for suspicion of DUI.

The other driver that was hit suffered only a minor cut to his hand.

SR 18 was blocked for the crash investigation but has since reopened.

Bring Justice Against a Drugged Driver

If you have suffered injuries in an accident with a drugged driver, you should be compensated for the damages you incurred. Winning a civil suit against a drugged driver and their insurance company requires that you prove several points:

If you or a loved one has been injured in a wreck caused by a suspected drugged driver, it is important that you take immediate legal action. The crash must be investigated ASAP to uncover evidence of drug use and interview witnesses.

Drivers who are under the influence of illegal drugs or prescription drugs that impair their driving ability can be liable to those they injure. Contact a Washington state personal injury lawyer with experience representing drugged driving victims to protect your legal rights.

For a free case evaluation with the attorneys at Seattle-based Davis Law Group, P.S., call (206) 727-4000, use the chat feature below or fill out the form on this page to get started.