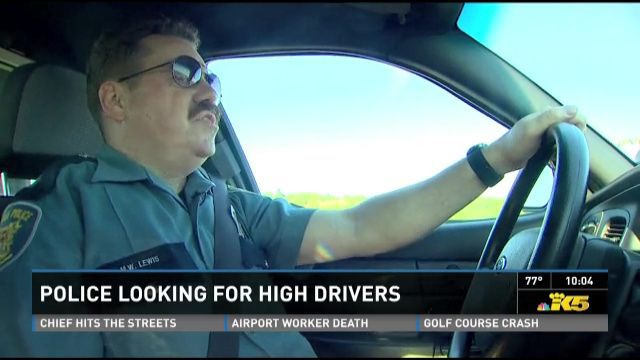 It was expected that the passage of Initiative 502 last year – which officially legalized the recreational use of marijuana among adults over the age of 21 in Washington state – would cause some confusion among citizens of the Evergreen State.

According to prosecutors in King County, the legalization of marijuana – in addition to the recent opening of recreational marijuana dispensaries – has created a dangerous scenario in which drivers throughout the state are unclear about the laws surrounding marijuana and driving under the influence.

“It does appear that there's a common misconception out there in the public if you use marijuana because now it's supposedly legal that if you use it and you drive, that's OK,” says prosecutor Megan Hastings.

It's a surprising claim to make, especially considering the fact that the Washington Traffic Safety Commission (WTSC) recently launched a television advertisement campaign that addressed the issue of driving under the influence of marijuana. If you haven't seen the ads yet, you can watch a clip for one of the commercials below:

Adapting to the New Challenges of Marijuana Legalization

Although I-502 did not specifically set a budget for public education campaigns, the WTSC has stated that it sees these TV ads as critical in preventing people from driving under the influence of marijuana. But according to Hastings and her colleague, deputy prosecutor Miriam Norman, the problem extends beyond those getting behind the wheel and on to those in the courtroom.

“For whatever reason the jury did not meet my burden [of proof] and found them not guilty,” Norman says about some of the many marijuana-involved DUI cases that she's seen since the new law passed.

With the passing of the law and the implementation of storefronts selling marijuana such a recent development, nobody could have expected the system to be flawless from the start. But it's clear there's work to be done, which is why Hastings and Norman are already working with law enforcement and legislators to better educate the public about the issue.