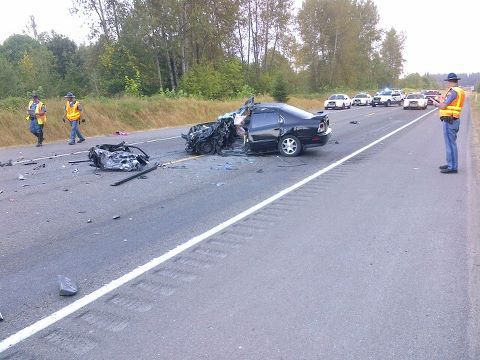 One man was killed in a motor vehicle collision Thursday morning after the vehicle he was driving crossed the centerline, resulting in a head-on crash with another vehicle near Snohomish.

According to the Washington State Patrol (WSP), a man driving a black Honda was westbound on Highway 2 near the Snohomish area at approximately 6 a.m. Thursday when the vehicle crossed the centerline. The Honda then collided head-on with an eastbound blue pickup truck that was carrying two men.

The men, a father and son who have not been identified, were injured in the crash and taken to Providence Colby Medical Center in Everett. The father was later transferred to Harborview Medical Center in Seattle due to the extent of his injuries.

The personal injury lawyers at Davis Law Group help car accident victims get financial compensation for their injuries and lost wages. We work closely with the criminal prosecutor to make sure that all avenues, both criminal and civil, are being pursued.