Driver in Fatal Vancouver Crash was Under the Influence 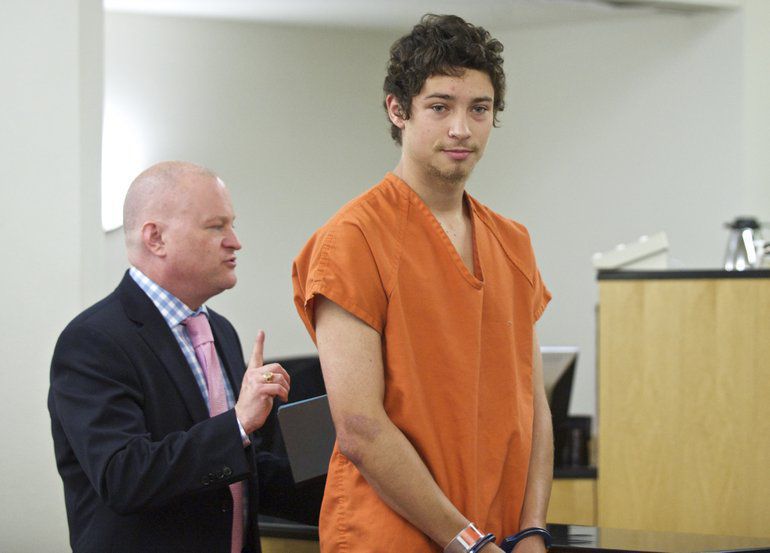 Police say the 21-year-old driver responsible for causing a fatal car accident on an Interstate 205 off-ramp in Vancouver on Saturday was under the influence of alcohol at the time and was allegedly trying to mimic a skateboarding maneuver he saw in a movie.

According to court documents, Ryan J. McGuinness was driving his 1992 Subaru Legacy on I-205 in Vancouver at approximately 3 a.m. Saturday after seeing a movie about skateboarding with a group of friends. McGuinness allegedly tried to mimic a skateboarding maneuver he saw in the movie with his vehicle, but the vehicle lost control and exited the roadway before coming to rest on the roof.

Officials said that 18-year-old London D. Stoll, who was riding in the back seat of McGuinness’s vehicle, was pronounced dead at the scene of the crash. There were four other passengers inside the vehicle at the time of the collision, and police said three of them were hospitalized for minor injuries resulting from the collision.

McGuinness was held in lieu of $30,000 bail after appearing in Clark County Superior Court on Monday on one count of vehicular homicide. Police say the man failed a field sobriety test that was administered by an officer at the scene of the crash.

One of the most notable components of this situation is the fact that during police questioning after the crash, multiple passengers in the vehicle admitted to going to a bar in nearby Portland “to have some drinks and shoot pool,” according to the Washington State Patrol. It is believed that the group had recently left the bar and was going home at the time the crash occurred.

Washington state has a number of dram shop laws in place designed to prevent the over-serving of alcohol to already intoxicated patrons, as well as minors who are not legally permitted to consume alcohol. Though McGuinness was over the age of 21 at the time, it is likely that police will investigate whether or not the bar they visited is responsible for having over-served him.

In addition to Stoll, two other passengers were just 18 years old at the time of the car accident. Police will likely also look into whether or not the underage passengers were served alcohol at the bar.

It is often controversial, but bars and restaurants with liquor licenses can potentially be held liable for damages in a collision involving serious injury or death if it is determined that the establishment over-served a patrol who caused a collision. In this case, this determination will likely be made by officers as they continue their investigation.