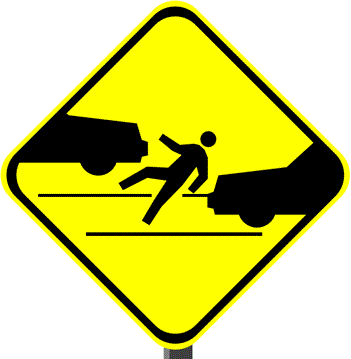 News reports say that the crash occurred at approximately 1 a.m. Monday on Renton Avenue South, near the Kubota Garden Park. A woman was driving northbound when she struck an unidentified male pedestrian who was in the roadway. The man was declared dead at the scene of the collision, according to an official SPD news release.

The driver, an unidentified 33-year-old woman, was arrested at the scene after being interviewed by officers. The woman reportedly admitted to having used a controlled substance before getting behind the wheel, and she was booked into King County Jail on investigation of vehicular homicide.

One of the most important factors in this collision is the fact that the driver who struck and killed the pedestrian was arrested at the scene after reportedly admitting to being under the influence of a controlled substance. Whether the substance was alcohol or drugs isn't yet clear, but the fact that she will likely be held legally responsible for the pedestrian's death is clear.

That being said, another important piece of information will be to determine why the man was in the road when he was struck. Washington state law has a "comparative negligence" statute, which allows for more than one party involved in a collision to be found responsible to some degree.

If the pedestrian was crossing the street in a crosswalk when he was struck, it would be unlikely that he would have any responsibility for the collision. If he was in the road for some other reason, then there is a chance he could be held liable.

The results of the police investigation into this incident will help to answer some of these questions, which will help the victim's loved ones determine if they may have grounds for a wrongful death claim against the at-fault driver and her insurance company. Consulting with an attorney with experienc handling pedestrian accident cases is often in a victim's best interests, especially in situations where the damages are more severe.