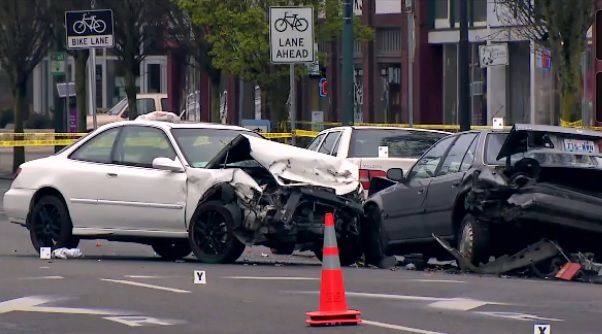 A reckless driver was involved in a hit-and-run pedestrian accident before crashing into multiple parked cars – including a police car – and eventually fleeing the scene of the accident in the Olympia area Thursday morning.

Authorities say that an Olympia police officer was parked in the 400 block of East 4th Avenue monitoring pedestrian traffic when he heard a fast-moving vehicle approaching. This caught the officer’s attention in time for him to witness the white Acura lose control and crash into several parked cars, including the police cruiser.

After the multiple collisions with parked vehicles, the driver of the Acura exited the vehicle and began fleeing the scene on foot. The Olympia police officer gave pursuit of the suspect for several blocks but eventually lost him behind a building.

Other police officers eventually arrived at the scene to assist the first officer in locating the suspect, but even the help of a K-9 unit could not help them find the driver.

The suspect has since been identified as 22-year-old Ramsey Kira, who was arrested just a few hours after the accident for investigation of vehicular assault. Police believe that drugs and/or alcohol may have played a role in the crash and Kira’s decision to flee the scene. 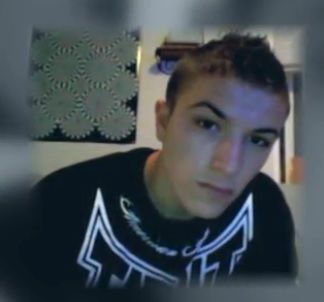 According to police reports, the officers later learned that the Acura had been involved in a pedestrian collision a few blocks away. The pedestrian was apparently struck by the vehicle just before it crashed into the parked cars.

First responders transported the injured pedestrian to Harborview Medical Center, and the victim reportedly was suffering from serious injuries as a result of the accident. News reports indicate that the pedestrian had to undergo a leg amputation because of the extent of the injuries.

Two people were occupants in one of the other parked cars that were struck by the Acura and they were treated for minor injuries.