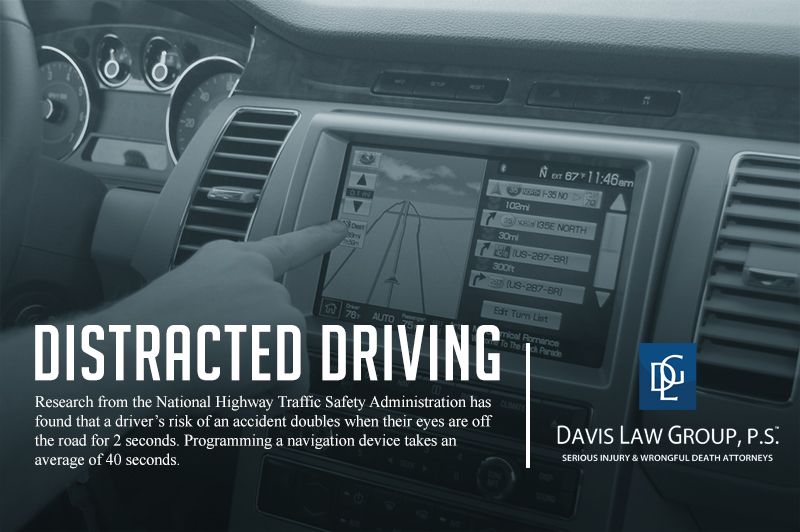 With distracted driving among the greatest buzzwords in the United States today, legislators far and wide are notably cracking down on activities believed to cause a significant amount ofserious injuries and fatalities in traffic accidents, particularly accidents caused by distracted driving. From cell phone use to eating to the presence of pets in the front seat, lawmakers have attempted to address all possible avenues for driver distraction. Awareness of these risks is skyrocketing, as it can be difficult to ignore the dramatic messages we see on television every day. But is distracted driving really the epidemic it’s made out to be?

Understanding The Facts About Distracted Driving

At this point, statistics relating to distracted driving have almost become common knowledge. Efforts by the NHTSA, AAA and others have made it clear that even one second of distraction can prove to be catastrophic and, in many cases, fatal. Stories involving traffic catastrophes are often turned into ad campaigns aimed at scaring young drivers straight, particularly those who use electronic devices. Distracted driving has, after all, become one of the most popular messages focused on today’s youth.

But some experts in the automotive and traffic safety industry are calling the common perceptions about distracted driving a “phantom epidemic.” In fact, the truth of the situation is quite the opposite. According to the National Highway Traffic Safety Administration, the frequency of traffic accident fatalities is at its lowest point since 1949.

Much of the success can be attributed to improved vehicle designs and safety features. In 1972, at a time when safety may have been less of a priority, approximately 55,000 U.S. citizens were killed in car accidents. That number has decreased approximately 40 percent since then.

How Effective Are Distracted Driving Laws?

Enacting laws that limit the use of electronic devices makes perfectly logical sense – especially when the group most likely to be distracted is perhaps the most active when it comes to these devices. But research may point experts in the other direction.

A recent study conducted by the University of North Carolina at Chapel Hill, in partnership with AAA, found that although teens are most likely to become distracted while operating a vehicle, electronic devices are rarely the culprit associated with serious traffic accidents. According to the results, passengers in the vehicle and adjusting various controls in the car are the most distracting behaviors and lead to higher risk of a serious accident.

The results of this study support previous claims by the Highway Data Loss Institute, which suggested that the cell phone bans in California, Connecticut, Washington, D.C. and New York had little or no impact on the frequency of distracted driving accidents. Temple University conducted a similar study that resulted in recommendations for moving away from that method of deterring distracted driving. But support for these legislations remains, as the city of Chapel Hill, NC recently passed an ordinance that bans the use of all mobile phone devices while driving. This is the first such law in the United States, and it is scheduled to go into full-effect by June 1st of this year.

Do you think that banning the use of cell phones and other electronic devices is effective in curbing the dangers of distracted driving? Share your thoughts with us in the comments below.