Your face is no longer your face. It is boiling metal hanging on the meat of your cheeks, forehead, nose, and jaw, probably along one side of your face. All you did was take a bite of a sandwich, or start to shave, or yawn.

At first you feel like the core of this pain is in a tooth, but trying to find the source of this pain is like looking into the sun. The more accurate you try to be the harder it is to actually do it. Maybe you go to the dentist and explain the torture in your head. Or you might have ended up in the dental chair because it was your doctor’s first instinct. But the root canal doesn’t dampen the pain’s wattage. Taking out the tooth doesn’t do anything either.

The pain’s very real. Sometimes it feels as though the pain is the realest thing you have ever known.

Finally the doctors think they know what’s going on. You have a disease. Something called trigeminal neuralgia. It has another name too.

The suicide disease, which makes sense. The pain is that bright and that hot. The name fits. 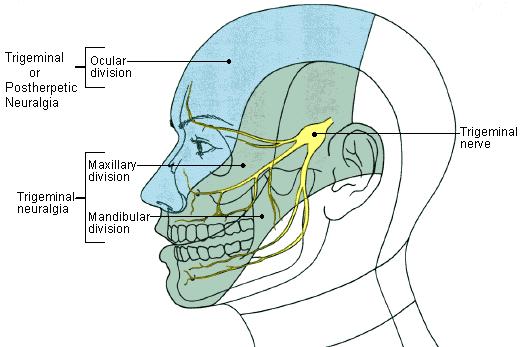 Thankfully the suicide disease is rare. In the general population, there’s only a .02% chance that this condition will afflict you (that number increases if you’re female, over fifty, and suffer from multiple sclerosis). But those who suffer from it are thoroughly incapacitated by it. Medical professionals commonly describe as the most intense pain a person can experience.

It often, though not always, occurs when a blood vessel touches the fifth cranial (or trigeminal) nerve, creating the ripping, fiery sensation at the slightest provocation. Even wind can initiate a flood of pain. Sufferers commonly lose significant amounts of weight (fifty or sixty pounds) avoiding this pain by not eating and drinking from spoons or sponges. But blood vessels may not be the trigger. Various other pieces of the brain’s architecture can press the trigeminal nerve. It’s a rare enough condition that the medical community’s still operating under theories on exactly what causes it.

It was so rare that one of the best treatments for the disease wasn’t discovered until 2006. It’s adapted from a cancer treatment that attacks malignant cells with a thousand micro-needles of radiation. To treat the suicide disease a doctor will wound the trigeminal nerve to eliminate its ability to tell the brain it’s experiencing pain. It requires supercomputational ability to target this sort of procedure and, due to that necessarily high level of precision, it’s a relatively rare procedure. Other treatments involve medications with substantial side effects and invasive neurosurgery that insulates the nerve with a medical pad (typically made from Teflon).

If you or someone close to you suffer or have been improperly treated while suffering from Trigeminal Neuralgia (TN) then you might benefit from legal consultation with attorneys who have experience with medical malpractice claims.