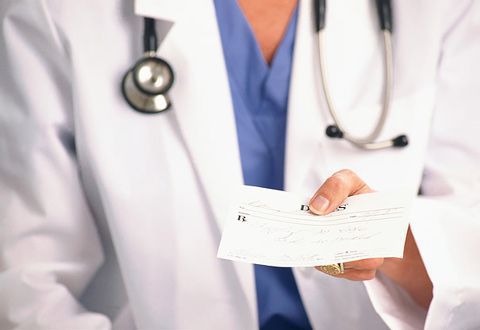 A recent study conducted by Johns Hopkins University (JHU) shows that diagnostic errors made by doctors and other healthcare professionals are an increasingly serious problem in the United States. In fact, the study suggests that mistaken diagnoses result in injuries or death to an estimated 160,000 Americans every year.

To get an accurate snapshot of the severity of diagnostic errors in the healthcare system, researchers at JHU looked at records for more than 350,000 medical malpractice claims filed between 1986 and 2010. In their analysis, the team of researchers found that approximately 29 percent of all medical malpractice claims during that period were somehow related to a missed diagnosis, incorrect diagnosis or delayed diagnosis of a medical condition.

Furthermore, the JHU research team found that diagnostic errors also carry an extremely high economic burden to the public. According to an article published in the Wall Street Journal, diagnostic errors accounted for the largest share of claim payments during the 25-year span at 35.2 percent of all medical malpractice claim payments. The total cost of the diagnostic errors analyzed in the study is estimated at $38.8 billion, which was adjusted to account for inflation over the full period.

While the number of claims related to diagnostic errors made up nearly one-third of all medical malpractice claims during the 25-year period, the researchers were able to conclude that more than 40 percent of those claims eventually resulted in death to the patient.

“There isn’t going to be one magic bullet to solve the problem of diagnostic error, but we can start by consistently monitoring and measuring it,” says David Newman-Toker, the study’s lead author.

Newman-Toker added that since there is a general lack of oversight in regards to diagnostic errors, hospitals are not going to go out of their way to publish them at the risk of negative publicity. “No one wants to tell anyone they are missing 10% to 20% of their diagnoses,” he said.

The True Scope of Mistaken Diagnoses

The JHU team of researchers admits that there are some imperfections with the claims data that was used to analyze the scope of the problem. For example, some claims that are paid out may not actually be associated with true diagnostic error. However, previous similar studies have showed that paid claims are typically not frivolous and that medical malpractice claims data can be an accurate indicator of how prevalent and serious medical errors are.

There are many differing studies on the topic of medical malpractice, but the statistics have historically shown that hospital deaths from diagnostic error average 80,000 per year, and researchers have concluded that the total number of diagnostic errors is approximately twice that. Newman-Toker, however, believes “it is probably a lot higher than that.”

Understandably, claims related to permanent and severe neurological damage were associated with the highest medical malpractice payouts. Strokes are one of the more frequent medical conditions that can easily be overlooked, and Newman-Toker estimates that there are more than 100,000 missed strokes each year in the United States.

This study – in addition to the many others that have preceded it – gives a legitimate amount of leverage to those arguing for a transparent system of federal oversight when it comes to making proper diagnoses in the healthcare setting. I think just about every patient on the planet would feel safer knowing that they have access to the records of the hospital they may visit, especially when it comes to the hospital’s history of properly or improperly diagnosing medical conditions.