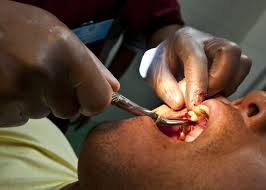 According to Dr. David To – a dentist practicing in the Seattle area – a typical dental patient will, on average, have to undergo two or fewer root canals throughout his or her lifetime. To a number of dental patients who used to frequently visit the Shoreline dental office that Dr. To now operates several years ago, this would have been useful information.

The Washington State Department of Health has received an estimated 76 complaints against Dr. Henri Duyzend from previous patients, all of whom alleging some form of negligence or fraud against the dentist. Duyzend has since retired, and has denied any wrongdoing related to the allegations despite the fact that he performed nearly 2,200 root canals on approximately 500 patients from 2003 to 2007.

On July 17, however, a judge disagreed with Duyzend’s claims and awarded a total of $35 million to 29 individual former patients of the doctor. The judge declared Dr. Duyzend was negligent, had failed to obtain informed consent from his patients, committed various types of fraud and even violated Washington state’s Consumer Protection Act when he performed potentially thousands of unnecessary root canal procedures on his patients. 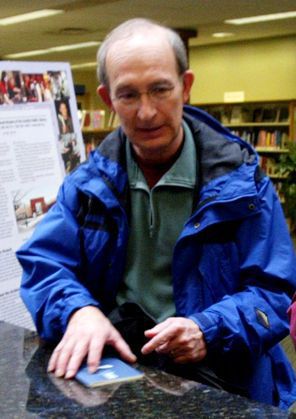 To make matters worse, Duyzend did a shoddy job in performing the root canals on his patients, leaving people like Laurel Stuart with long-term complications that cost thousands of dollars to treat and fix. “We thought he was fabulous,” Stuart says of Duyzend, who she began seeing the dentist shortly after he opened his practice in 1977. “He was great with visiting with you.”

After some time visiting Duyzend, Stuart started feeling skeptical about whether or not the procedures he was recommending were necessary. She eventually became afraid to tell the doctor of any pain or issues she was having with her teeth because Duyzend seemed to jump at every opportunity to give her a root canal or crown.

Duyzend went on to retire in 2007 and Dr. To purchased the practice from him shortly after that. But it wasn’t long before Dr. To started noticing something wasn’t right – a high number of patients were constantly coming into the office with complains of pain from failing root canals and crowns. In fact, a significant amount of patients who underwent root canal procedures had suffered infections because they were of such poor quality.

Stuart underwent four root canals and had several crowns put in by Duyzend, but when she consulted with a new dentist they were horrified at what they found. Stuart says, “It was just rotten teeth. Black, rotten teeth.” She has since paid thousands of dollars to have implants to replace four teeth that died as a result of the medical malpractice, and says she will never be able to fully place her trust in a medical professional again because of Duyzend’s betrayal.

“You trust your dentist, because you are not an expert,” Stuart added. “And you end up with a big mess in your mouth because you trusted somebody.”

Duyzend clearly put his patients in harms way in an effort to increase the amount of money he could bill insurance companies for, which is not an uncommon practice in the medical world. The fact that his patients acknowledged that they had been victimized and came forward with the information made it possible for them to bring a personal injury claim forward and led to them being fairly compensated for their injuries and subsequent suffering.