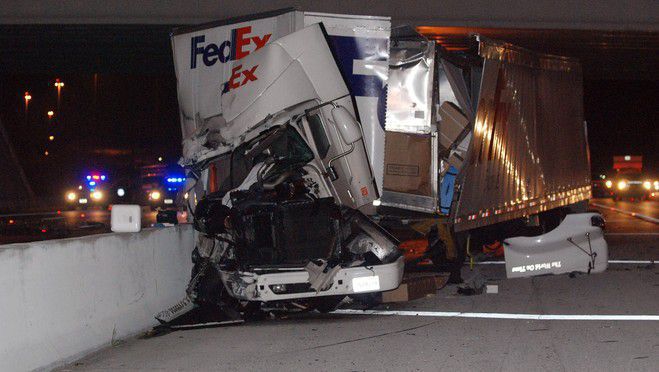 Through multiple investigative reports into delivery truck accidents and the business practices of delivery companies in recent years, the American news media has been successful in shedding light on the culture that is present in companies such as UPS and FedEx.

Naturally, these companies have an economic incentive to be as efficient as possible. But there is a fine line between boosting profits and endangering innocent drivers on America’s roadways.

Delivery truck drivers are under a significant amount of pressure from their employers to maintain an efficient schedule and make on-time deliveries to their customers. On-time deliveries means higher profit margins and a greater ability to handle more orders, which bodes well from a business standpoint.

The fact that delivery drivers are constantly in a hurry to get from one place to another absolutely increases the risk of injury and death from delivery truck accidents to the general public.

But the potential for companies to boost their bottom line is obviously worth the risk.

That may be why many delivery truck companies – such as UPS and FedEx – have been looking for ways to leverage technology to improve efficiency and make the delivery process easier for their employees. One of the latest trends in the industry has been to remove the need for traditional keys in starting delivery trucks by implementing more advanced ignition systems.

UPS uses an advanced ignition system that allows drivers to click a remote and hit a button on the dashboard to start the vehicle. According to the company, this technology saves millions of dollars each year in time efficiency.

But traffic safety advocates believe that these companies’ obsession with time efficiency puts their employees and the general public at risk.

Mark Haukaas, a Washington state man who was seasonally employed with UPS to supplement his income in 2011, knows first-hand the dangers of these large delivery trucks when something goes mechanically awry. He had just finished dropping off a package when he realized the truck wasn’t starting properly.

The vehicle started rolling down a hill and the brakes and power steering failed. Haukaas attempted to set the parking brake, but the massive vehicle already had too much momentum. In a matter of seconds, a violent delivery truck accident left Haukaas with life-threatening injuries.

KIRO 7 News conducted an investigation into UPS to determine if the ignition system may have been the reason for the car’s malfunction. In a response to KIRO’s inquiry, the company said, “All mechanical and electrical functions of the package car were found to be in good working order.” A police investigation was inconclusive in determining any mechanical breakdowns.

Despite the lack of documented record pointing any blame directly at UPS, there is some evidence that shows Haukaas had attempted to warn supervisors of possible mechanical issues with the vehicle. And the fact that UPS went to great lengths to block the release of documents related to this delivery truck accident also shows that the scope of the problem was much bigger.

KIRO 7 challenged the order blocking the documents and a King County Superior Court judge ruled that all documents related to the UPS delivery truck accident were public record. Upon analyzing the documents, investigators found that Haukaas had alerted his supervisor about a “deafening” alarm that sounded just hours prior to the crash.

Rather than tend to the issue at hand, UPS gave Haukaas a set of earplugs – to relieve him from listening to the alarm – and sent him on his route. Just a few hours later, the vehicle was destroyed and Haukaas was fighting for his life.

UPS did not receive any citations for safety violations despite the fact that it appears that their vehicles pose a risk to their employees and the public. In addition, UPS recently settled a lawsuit with the New York attorney general for $1.3 million over safety concerns after investigators found the company was using vehicles that had been identified as having cracked and damaged frames.