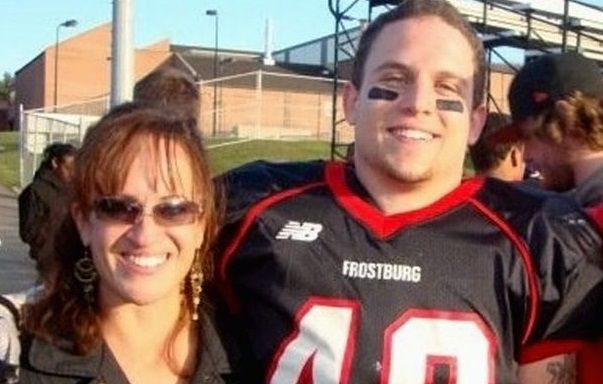 Defense attorneys are arguing that a wrongful death lawsuit stemming from the head-injury death of a Frostburg State University football player should be thrown out because the university and coaching staff did nothing negligible to contribute to the man’s death.

According to The Washington Times, 22-year-old Derek Sheely was a member of the 2011-12 FSU football team and was participating in “gladiatorial high-speed” practice drills that resulted in players suffering multiple shots to the head over a short period of time. Court documents says Sheely suffered a head injury and began bleeding from his forehead during these drills, but was not removed from the field and returned to participate in additional drills.

Lawyers who are representing the defendants named in the case – which include multiple staff members from Frostburg State University, helmet manufacturer Schutt Sports, and the National Collegiate Athletic Association (NCAA) – also contend that the lawsuit should be thrown out because Sheely was aware of the risks associated with playing a full-contact sport.

Disputes over Liability for Student-Athlete's Death

After suffering the initial injury, Sheely reportedly had his head bandaged for multiple days before collapsing on the football field during practice on August 22, 2011. According to the lawsuit, Sheely complained of a headache and told an assistant coach that he did not feel right just moments before he collapsed.

The wrongful death lawsuit claims that based on their training and understanding of the nature of the sport, the coaching staff and medical training staff should have known that Sheely had suffered a head injury and that he required immediate medical attention to prevent any further brain damage.

But the complaint says that Sheely was never evaluated to see if he had suffered a head injury or to see if his helmet was properly fitted in order to prevent further damage.

Attorneys for the defendants are arguing that the lawsuit fails to show how the coaching staff was aware that Sheely was bleeding or had suffered a head injury during the drills. Additionally, they reject the lawsuit’s claim that the training staff did anything wrong when they bandaged Sheely’s head and allowed him to return to practice because he did not complain of any symptoms that would have led them to believe he had suffered a concussion.

“Derek Sheely’s death was tragic because he was young, but it came while participating voluntarily in an inherently violent sport – helmets that prevent head injuries are necessary equipment for participation – whose dangers were obvious to Mr. Sheely as someone who had played football for years and had allegedly suffered a concussion the previous season,” reads a statement from the defense attorneys.

In this particular instance, there is one seemingly minor factor that could actually play a significant role in the proceedings and final outcome of the wrongful death case: the plaintiff’s medical history. This is notable because, according to the statement issued by the defense attorneys, Sheely allegedly suffered a concussion as a result of playing football during the previous football season.

At this point, this is simply an allegation that we have no additional details about and therefore cannot be sure about its validity. However, if it were proven that Sheely did suffer a concussion during the previous season, the defense could use Sheely's medical history against him as an argument to have the personal injury lawsuit dismissed or to devalue the case further down the road if a judge allows the trial to proceed.