Deadly Crash on I-5 in Tacoma Under Investigation 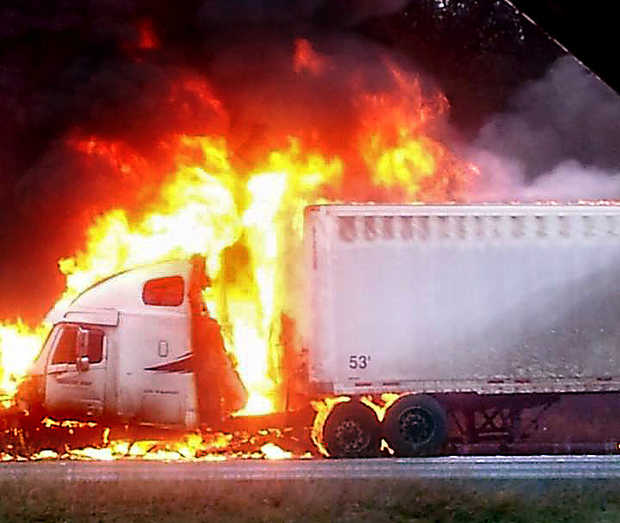 More than 20 emergency vehicles responded to a trucking accident involving multiple vehicles near the interchange of Mounts Road in the southbound lanes of Interstate 5 on Monday.

This collision reportedly caused southbound lanes of I-5 to be stopped for nearly 10 hours, as first responders and investigators tried to clean up the wreckage and identify any contributing factors that may have led to the accident

Unfortunately this wreck resulted in at least one death, and several additional people suffered significant injuries in the accident. Investigators believe the collision occurred after a pickup truck lost control while it was towing a rental trailer which veered off the northbound highway, over the median and onto the southbound lanes.

Immediately the pickup collided into an oncoming box truck which caused the box truck to spin out of control. Then the vehicle spinning out of control was hit again by semi-truck headed southbound. The force of impact between the two large, destructive trucks caused them to burst into flames.

The semi-truck driver was unable to escape from his vehicle and was tragically killed in the crash as a result, but the occupants in the box truck were able to escape and survive with sustainable injures. The driver of the pickup truck also reportedly suffered serious injuries and was taken to Madigan Army Hospital following the crash.

Police are continuing to investigate the cause of the initial collision, as they want to know why it crossed over the median and into oncoming traffic in the first place. A full investigation has been launched to find the cause of the collision, but officials believe it could take some time.

Responding troopers from the Washington State Patrol (WSP) took samples of the pickup truck driver’s blood in order to determine whether or not he was impaired at the time of the crash. There was reportedly no evidence of impairment at the scene, but troopers will wait for the results of the blood tests before making any determinations.

It was mentioned in news reports that the driver of the semi-truck was likely on the job when the accident occurred, which has a significant impact on the legal options for his surviving family members and loved ones.

In Washington State, a person who is injured – or killed, in this case – in the course of employment will typically have to file a claim with the Washington State Department of Labor & Industries to be compensated for their injuries, medical bills, lost wages and more. However, since the event that caused the victim’s death was the result of the negligence of a third-party (the at-fault driver), his surviving loved ones could pursue a wrongful death claim against the at-fault driver’s insurance company.

Clearly, this will be a very complicated legal case for all parties involved, as there were additional injured victims from other vehicles in the accident. Anyone who finds themselves in a situation like this would likely benefit from consulting with a personal injury attorney because of the complexity of the accident and the evidence that will need to be produced in order to support a claim.