A three-vehicle crash just after midnight Wednesday left one driver dead and another in police custody. An Acura sedan speeding on James Street slammed into a Toyota Prius, and both cars collided with an ambulance. The crash happened in Seattle’s First Hill neighborhood, where residential streets surround three of the city’s biggest hospitals.

The driver of the Prius was pronounced dead at the scene. Everyone in the ambulance, including a patient being transported to a local hospital, survived the crash without injuries.

Police arrested the driver of the Acura for investigation of vehicular homicide. They believe that he was showing signs of impairment after the crash. Before being booked into King County Jail, he was taken to a local hospital for treatment of minor injuries that he sustained in the crash. 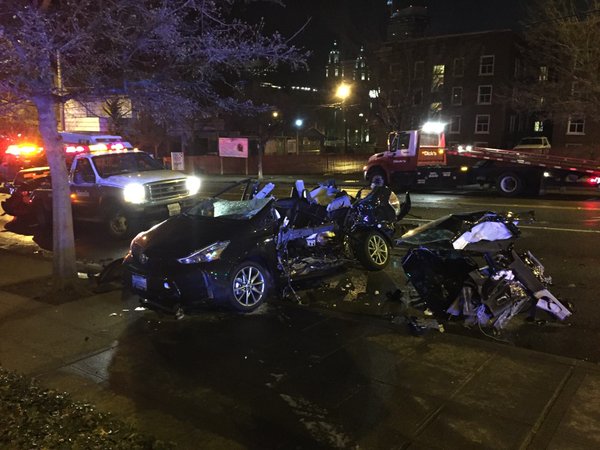 Who Pays For Victims’ Expenses In Drunk Driving Crashes?

After a vehicular homicide, a victim’s grieving family is left picking up the pieces and struggling to deal with the expenses of funeral arrangements, grief counseling, and loss of their loved one’s financial and emotional support. Even when the victim survives a crash with a drunk driver, the bills can be staggering; medical bills can eat into the savings of someone who may have to take substantial time off work or may not even be able to return to their former job.

Most states have pools of money set aside for helping the victims of violent crimes. In Washington State, this program may cover:

There are limits on how much the Crime Victims Compensation Program is able to cover. If a victim receives money from a jury verdict or settlement in a civil case, they may be expected to pay this program back.

Personal Injury Protection (PIP) is a type of coverage offered by a victim’s own automobile insurance company. It covers certain types of damages up to a certain amount, and may be “exhausted” before your full expenses are paid for. If you have PIP coverage, you may still be able to use it even if you weren’t behind the wheel of your car, but you were involved in an accident with a car. PIP can cover:

Drivers in Washington State are legally required to carry some type of automobile insurance. This doesn’t necessarily mean that they do; someone who is willing to get behind the wheel drunk may be flouting the law in other ways as well. Liability coverage can cover: