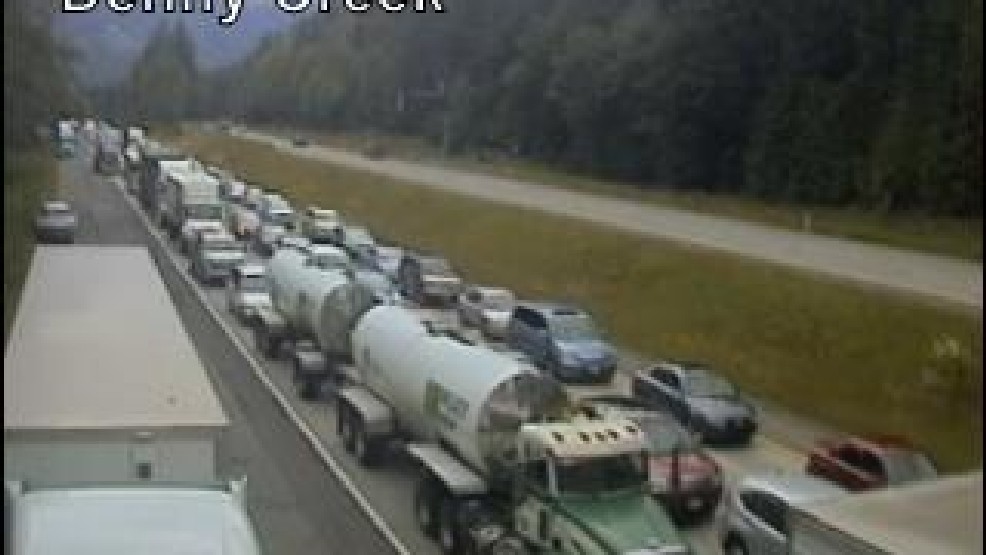 Click here for information about the Jan. 4, 2019, crash on Snoqualmie Pass.

One person is dead and others are injured after a four car crash on Interstate 90 near Snoqualmie Pass. The eastbound lanes of I-90 were closed near mile point 76 while emergency responders investigated the scene of the accident and cleared debris from the road.

The deadly accident occurred on Sunday afternoon and traffic on I-90 was still congested into the evening. Another crash on westbound I-90 near Cle Elum also caused a 22-mile backup in the other direction.

According to the Washington State Patrol, the person who died was a 70-year-old woman from Tacoma. She was a passenger in a car that rear-ended by one vehicle and pushed into another. The driver of the car was airlifted to Harborview Medical Center with serious injuries. A driver of one of the other vehicles was transported to a local hospital.

Nine other people involved in the crash as drivers or passengers were not injured. Troopers are investigating the cause of the crash.

Sunday’s car accident is not the first fatal crash near Snoqualmie pass this year. In February, a 10-car crash killed two people near the pass. In that crash, the driver of a semi-truck car hauler was arrested under investigation of vehicular homicide. The Washington State Patrol suspected 24-year-old Daryel Rueda from Zillah, Washington for causing the crash by driving under the influence.

If your loved one has died and you have a wrongful death case, contact Davis Law Group.