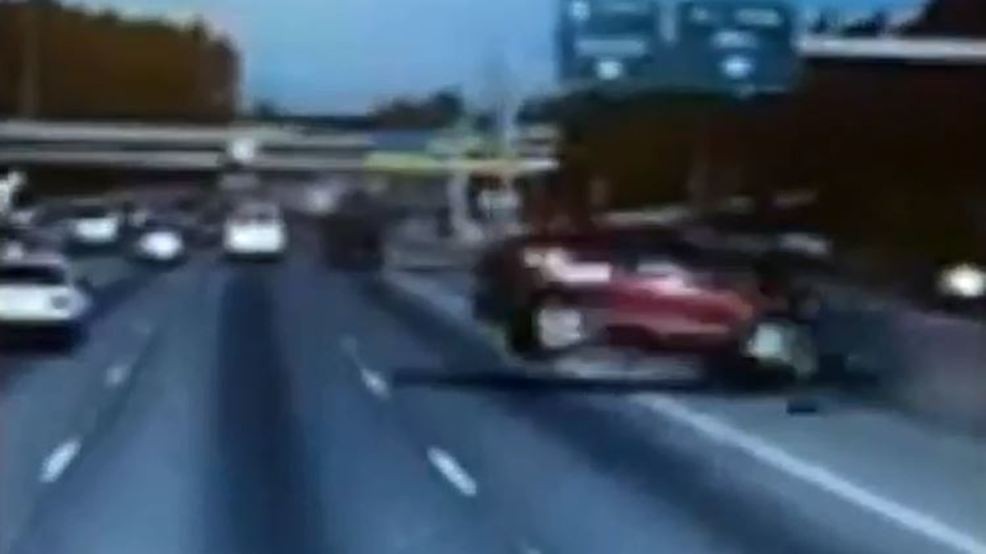 A wreck between an SUV and semi tanker truck on Interstate 5 near Tukwila on Tuesday was caught on the semi’s dash camera.

The dash cam video – released by the Washington State Patrol on Thursday – shows the moments leading up to the accident and the collision that caused heavy traffic for hours.

The video shows an SUV drifting onto the right shoulder, then crash into a barrier. The SUV spins, goes across several lanes of traffic and into the front of the semi tanker truck.

While there’s no word if there were any injuries in the car accident, a service dog in the SUV died. The WSP is still investigating the crash.

It’s no secret why more and more drivers are purchasing and using dash cams on their vehicles. Drivers use these cameras to protect themselves in the event of an accident – the camera footage can be used as evidence to prove that the other party was at-fault.

It is very common for truck drivers to install dash cams. Because of the amount of driving truckers do, it makes sense for them to record their driving and protect themselves.

If you believe that you were not at fault for causing the collision but the other driver’s insurance is insisting that you were, video evidence can help set the record straight. Police want to collect as much evidence as possible for the criminal element of your case, and they’ll be happy to review the dash cam footage.

Dash cam footage can go both ways, however. If the dash cam captures you driving recklessly or in a dangerous fashion leading up to the accident, that can be used against you. Remember: dash cams are allowed on public roads, but courts likely won’t admit it as evidence if you were filming on private property.

Strong evidence supports the chances of a successful outcome at trial, which puts pressure on the insurance company to offer you a fair and reasonable settlement. If you’ve been injured in a car accident – whether you have a dash cam or not – you may benefit from contacting an experienced personal injury attorney.

Washington state Seattle personal injury attorney Chris Davis and the team at Davis Law Group, P.S., can help. Call (206) 727-4000, use the chat feature blow or fill out the contact form on this page to schedule your free legal consultation.