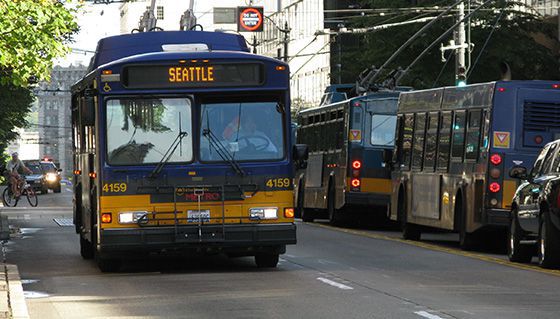 Seattle is a particularly dangerous place for motorists, bikers and pedestrians, with outdated roadways that weren’t built for the amount of traffic they see today. The City of Seattle has two new programs in place aimed at reducing traffic casualties, with a focus on identifying the highest risk zones and making improvements that will keep Seattle’s drivers safer.

Speed limits are being lowered in areas with a high percentage of fatal crashes, with limits of 20 miles per hour in the highest-risk zones close to schools and parks. Speed limits will also be lowered on major arterial corridors, and some design modifications like traffic signal retiming and no right turns on red will be implemented in urban areas with lots of pedestrian traffic.

While Vision Zero is a great idea, similar programs in other cities have come under fire for not doing enough to prevent deaths. A Vision Zero program in New York City showed mixed results, with accidents with injuries and fatalities actually rising, in one case more than 50%, at some “slow zone” streets.

Move Seattle is a property tax levy that will fund some much-needed improvements in Seattle’s infrastructure, including (but not limited to) making changes to the high-risk zones identified by Vision Zero. Move Seattle will make changes to sidewalks, pedestrian crossings, bus stops, freight lines, traffic signals, the Burke-Gilman Trail and more.

In addition to identifying more than a dozen high-crash zones around the city, Move Seattle will make replacements and repairs to bridges, repair and repave streets, create pedestrian bridges and add rapid transit bus and light rail options for commuters.

The bill’s recent passage means that construction projects will be starting in the near future. The levy will last a total of nine years, meaning that the full list of improvements may not be completed for quite some time to come.

There’s Still a Lot of Work to Do

Although grand plans have been proposed for safety updates on our roads, we have yet to see the results of these programs. Nearly thirty collisions occur on Seattle’s streets every day, and over the course of a year an average of 20 people die and 150 people are severely injured. Move Seattle has already come under fire for compromising on its initial visions of safety improvements.

If you have been injured in a pedestrian accident or bicycle accident, it may be a good idea to consult with a personal injury attorney. Just because an accident happened on a badly marked or unsafe road doesn’t mean that the person who hurt you was not liable for the damages that they caused you to suffer.