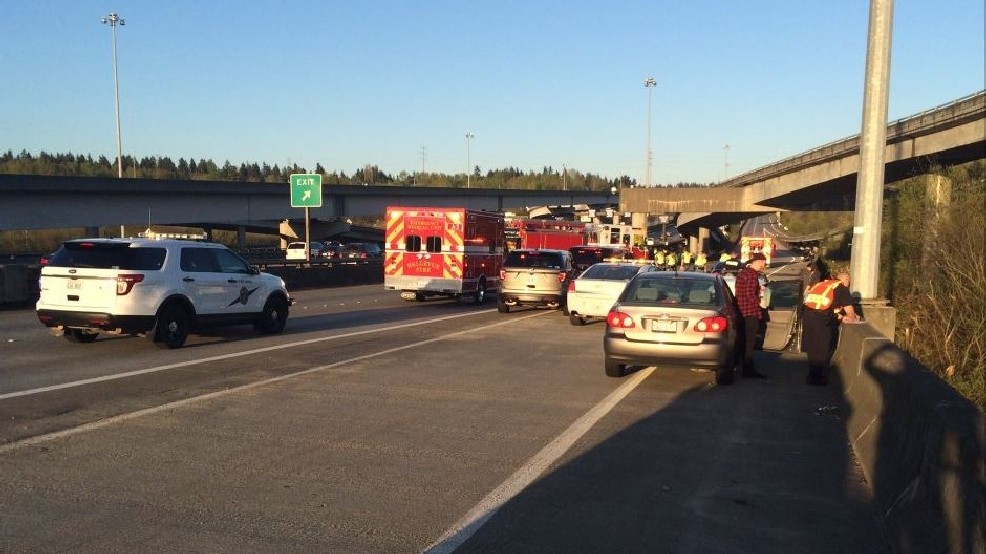 Residents of Medical Lake, Washington are raising concerns about the intersection of Highway 902 and Craig Road, telling reporters that car accidents are becoming more frequent at this location. Neighbors have found cars in their yards after crashes and have witnessed cars sliding through a stop sign at the bottom of an icy hill in winter. This Saturday, a three-car crash at the intersection left one person in critical condition.

A Spokane man was airlifted to the hospital last Friday after he was ejected from the vehicle he was riding in during a rollover crash. The driver of the vehicle was uninjured in the crash, and another passenger riding in the same vehicle suffered minor injuries. Police do not believe that drugs or alcohol were a factor in the crash.

Injured driver in satisfactory condition after I-5 crash

A woman who was involved in a rollover crash on I-5 last week was reported to be in satisfactory condition on Monday morning. The driver of the other car involved in the collision was treated for injuries and released from the hospital. The Washington State Patrol released a memo stated that they believe that the causes of the accident were excessive speed and driving under the influence.

A motorcycle accident involving three motorcycles and three other vehicles resulted in the dead of a man on Saturday night. One other person involved in the crash was transported to Harborview Medical Center with a rib injury and burns on her face. The crash happened in Bellevue on the eastbound I-90 ramps to I-405. Police reopened the road after several hours of investigation but are continuing to look into the circumstances of the accident.

A woman died in a single-vehicle crash on Saturday after her Jeep Cherokee crossed the center line and rolled over. Police believe that excessive speed was the cause of the crash. No other injuries were reported.

A three-vehicle crash on Monday in Graham, Washington resulted in five people being taken to the hospital. The accident began when a truck rear-ended a car, sending it across the center line into oncoming traffic.

A carjacker who stole a car from a family in the 500 block of Lakeside Avenue South sped into the eastbound I-90 tunnel and crashed on Mercer Island. The crash occurred early on Tuesday morning. The suspect was taken into the custody after the crash, which caused backups in the morning commuting hours as police diverted traffic around the scene of the wreck.

A man is facing charges of vehicular assault after his car stopped in the middle of I-90 on Tuesday. The owner of a Snoqualmie driving school was traveling to work when he suddenly found the stopped car in his path and was unable to stop in time. Police told reporters that they have reason to believe that the owner of the stopped car was under the influence when the crash occurred.