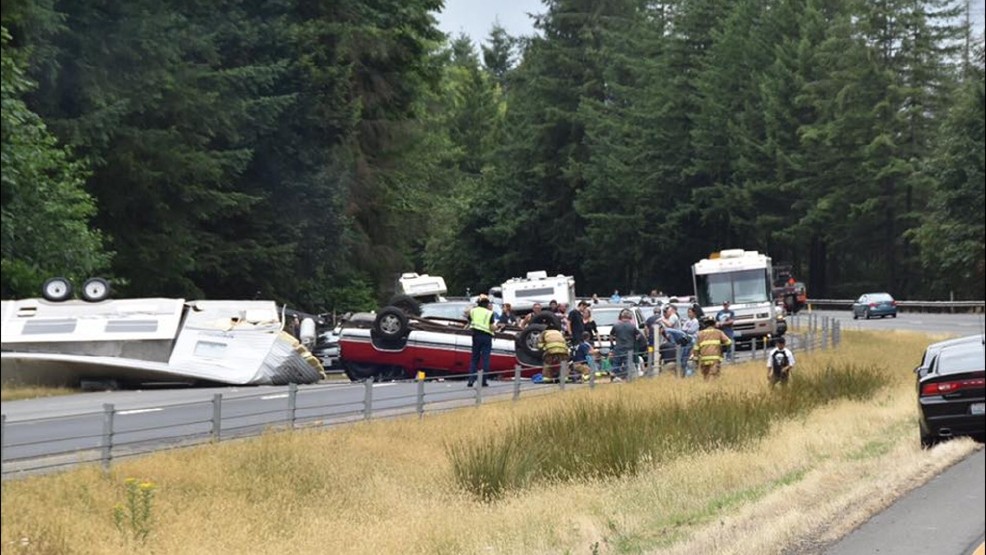 A man from Portland is facing a charges for vehicular assault, possession of a stolen vehicle, and driving without a valid driver’s license after he caused a serious auto accident by crossing into oncoming traffic while trying to pass another vehicle. A driver in that oncoming traffic who was unable to avoid the crash was knocked unconscious in the collision; a bystander pulled the victim from his burning car. The at-fault driver, Travis Starks, 20, of Portland, admitted to police that he had smoked marijuana and methamphetamine before the crash. The vehicle he was driving was stolen from a car rental facility.

One injured in drowsy driving crash

According to police, a sleepy driver was to blame for a crash on Highway 12 on Tuesday. Brady A. Clair, 21, was driving a 2005 Ford F-150 truck westbound near Chehalis when his vehicle crossed the center line and struck two vehicles heading westbound. The other two drivers were not injured in the collision; Clair was taken to a local hospital and will be charged with second-degree negligent driving.

A total of seven people were injured near Olympia on Tuesday when an SUV towing a motor home flipped over on Highway 101. Three children and their parents were riding in the Suburban; emergency responders pulled out the children and extricated the parents, who were trapped in the wreckage. Two people in another vehicle were also injured in the crash. Investigators are looking into the cause of the accident.

Two Bellingham police officers were injured in a motorcycle accident after they collided on Highway 260 on Tuesday afternoon. Both were taken to Kadlec Medical Center; one was listed in critical condition, while the other was treated and released on Tuesday. Both officers were riding their personal motorcycles and traveling with a group of other riders at the time of the crash.

One killed in head-on crash

One man died in a head-on crash in the early morning on Wednesday. The crash occurred in Kensington. The deceased man was driving his vehicle eastbound when he crossed the center line and struck an oncoming westbound SUV. He was taken to the hospital and died there later; the driver of the SUV was taken to a local hospital with minor injuries. Police are investigating the possibility that alcohol was a factor in the crash.

One in critical condition after head-on crash

One man was listed in critical condition after a two-vehicle crash in Whidbey on Wednesday. A southbound pickup truck and a northbound Dodge Durango collided when the truck crossed the center line into the northbound lane. The driver of the pickup truck sustained critical injuries; two people in the Dodge Durango were taken to the hospital with minor injuries.

A motorcyclist died after crashing into the back of a semi-truck on Interstate 5 near Lacey. State troopers investigating the accident believe that the motorcyclist may have struck something before he hit the rear of the semi-truck’s trailer. He was then ejected from his bike by the force of the accident and was struck by another semi-truck. Police are searching for the driver of the first semi-truck, who left the scene without stopping; officers are not sure if the driver of the first semi-truck is aware that the crash happened, and they are not currently considering this case a hit-and-run.

A teenager was injured in a semi-truck accident in Kent after running into traffic on Thursday. According to police, the 15-year-old was attempting to retrieve his skateboard when he was struck by the oncoming vehicle. "He just darted right out into traffic grabbed his skateboard and ran right back into the path of the semi-truck that was traveling downhill," a state trooper told reporters. He is listed in critical condition. Police do not plan to file charges against the driver of the semi-truck.