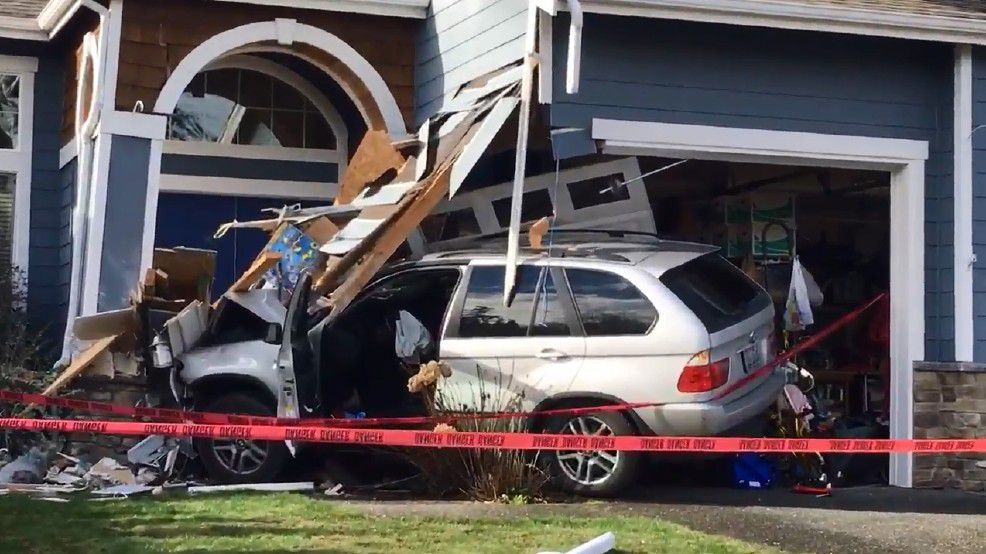 How not to use a garage

An SUV driver demonstrated how not to park by smashing his car through his neighbor’s garage, structurally damaging the building so badly that the whole garage will have to be replaced. No one was hurt in the motor vehicle accident, and police believe the crash was the result of an accidental use of the gas pedal.

Speeding driver on I-50 hit 140 mph before crash

A dangerous driver admitted to police that he had been speeding at approximately 140 miles per hour before he slammed into another car on northbound I-5 last Friday in the early morning hours. Trooper Will Finn said that the driver who was hit was struggling to maintain consciousness and suffered from facial injuries. The driver who was speeding suffered from a possible broken collarbone and a broken ankle. Nathan Gillespie, 42, of Portland was charged with vehicular assault for causing the crash. Police do not believe that drugs or alcohol were a factor.

An Everett woman told reporters she was terrified after a hit-and-run driver smashed her car into a natural gas pump. The pump started to leak, and emergency responders had to evacuate an apartment complex and a nearby mini-mart. The woman whose car was hit said, "My first thought, being over-dramatic, I thought of movies where there's gas and it's like, 'It's gonna blow and you have to run!'"

Fortunately, the pump did not explode, although the hit-and-run driver made a getaway on foot.

Hit-and-run driver slams into a building

The driver of an Oldsmobile jumped the curb on 128th Street in Seattle, knocking a hole in a building belonging to The Granite Curling Club before crashing off a three-foot retaining wall. A passenger in the car was found with minor injuries, but the driver ran away before police could speak with him.

A motorist who caused a pile-up in Kitsap County told police that he had been blinded by the sun and did not see the line of cars stopped at a light in front of him. Four people were transported to a local hospital with injuries. Police are considering citing the at-fault driver for going too fast for conditions.

Three people were injured in South King County on Saturday afternoon. Photographs of the scene show multiple badly smashed vehicles, including a car with its entire rear end sheared away from the force of the collision. One person was critically injured in the crash and two others were seriously injured; police reported no injuries among the bus’s passengers.

Two men in their twenties were killed when the driver of the car they were in lost control and plowed into a trailer. His passenger died at the scene, and the driver died later in a local hospital. Police believe that speed and road conditions were possible factors in the crash.

A three-year-old boy had to be transported to Harborview Medical Center with serious injuries after his own mother accidentally ran him over while backing up. The woman was loading six children into her vehicle and did not notice that her child was still behind the car.

Father arrested for investigation of vehicular assault of his own child

A 21-year-old man has been arrested in Elma, Washington after crashing his car on Monday morning. His 3-year-old son in the backseat was seriously injured. Police arrested the man after he was transported to a local hospital; investigators believe he was likely on drugs at the time of the crash.

Driver under the influence injures woman near Battle Ground

Sheila K. Michalios was driving near Battle Ground on Saturday when she crossed the center line and slammed into a Toyota 4Runner driven by Matthew Briggs. Briggs’ passenger, Ruth Briggs, was injured in the collision. Michalios has been booked into Clark County Jail; police believe she may have been driving under the influence.

Three young men were hospitalized after the car they were riding in rolled over in Adams County. 21-year-old John Dunn was ejected from the vehicle during the crash. 21-year-old Rhys Johnson and 22-year-old Brett Smiley were also injured in the accident. Police do not believe that drugs or alcohol were factors in the crash; Smiley appears to have hit a rumble strip and overcorrected.

A charter bus carrying middle-school students to the Mount Baker ski resort caught fire on Saturday morning. Fortunately, no one was injured in the fire thanks to a quick-thinking parent who told the bus driver to pull over. Troopers arrived on the scene to find the students already gone; they had hopped on another bus owned by tour company All Adventure and resumed their trip.