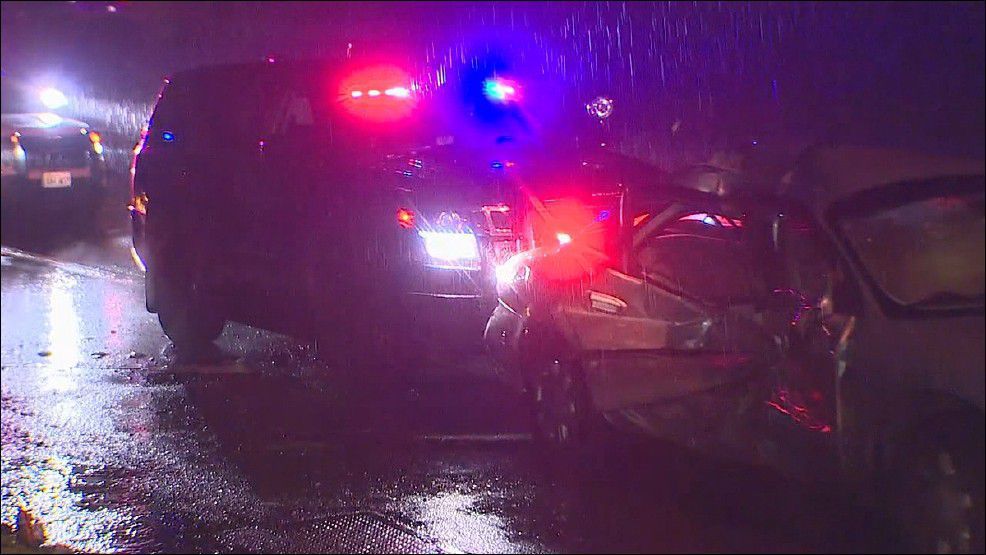 Woman drives into a bar

A car crashed into the front door of Noble Barton, a popular White Center bar and restaurant, early on Thursday morning. Police said that the driver did not stick around at the scene, but after driving home, she called 911 to report the accident because she had sustained a head injury. She was arrested for DUI and Hit and Run, but not booked that morning because she had to be transported to Highline Hospital for treatment.

Heavy rainfall in western Washington caused infrastructure issues throughout the region, and police believe that bad weather lead to the death of Carolyn Marie Shaw, 57, of Poulsbo. Ms. Shaw was driving before dawn in heavy rain when she turned onto a road and was struck nearly head-on by a Ford Bronco. Police believe that neither speed nor driver impairment were factors in the crash. The driver of the Bronco was taken to Harrison Medical Center with serious injuries.

DUI on I-5 leads to pile-up

The Washington State Patrol told reporters that speed and possibly intoxicants were factors in an auto accident on Wednesday evening, when James Lebakken, 46, of Canyon Lake, Texas plowed into a line of stopped motorists on an I-5 exit. The collision caused a chain reaction that ended up involving 5 separate cars. One driver was transported to a local hospital with injuries.

A possibly drunk driver chose the worst possible car to plow into: a state trooper’s patrol vehicle. The trooper had pulled over a different vehicle just after 3 a.m. on Thursday morning when another car plowed into the trooper’s car from behind. No one was hurt at the scene, although all three vehicles were damaged. The driver at fault has been taken into custody and police are investigating the possibility of drugs and alcohol as a factor in the crash.

When police ran a plate after a call about a wrong-way vehicle in Edmonds, they realized that the vehicle had been reported stolen. When cops showed up, the driver of the car fled, leading police on a chase into Shoreline before crashing and attempting to flee on foot. A K-9 unit tracked the driver and several other people who fled from a car to a crawlspace where they were hiding. A 15 year old male has been booked for possession of the stolen car.