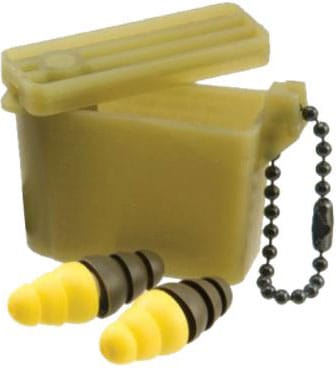 Veterans from any military branch who were deployed to Iraq and Afghanistan were issued the defective 3M Combat Arms earplugs from 2003 to 2015. During this time a documented increase in hearing related injuries became more prevalent until 2017 when Tinnitus and hearing loss were the most common service-connected disabilities reported.

The defective earplugs supplied were too short to be effective and could become loose leading them to lose any seal inside the user’s ear.

Not only did 3M and their affiliate Aearo Technologies which they acquired in 2008 know about these defects, it is reported that they knowingly manipulated tests to manufacture results showing the earplugs meeting requirements.

It is unknown at this time just how many servicemen and women were impacted by the defective earplugs, however in 2018 the Department of Defense reached a $9.1 Million settlement with 3M opening the door for similar cases from individual claimants.

It is largely unknown at this time just how many individuals could have been impacted by the defective earplugs, but individuals who served between 2003 and 2015 and are experiencing hearing loss should reach out to the award winning personal injury attorneys at Davis Law Group.

Our Group of Attorneys is currently investigating numerous 3M claims and can help determine if you have a case through our consultations by phone at 206-727-4000 or online using the chat feature, or contact form.