A Change.org Petition That Could Help Prevent Child Abuse

Just over 2 months ago, a woman named Hannah Tidwell came forward to police with claims that the owner of Heart2Heart Montessori Academy in Fort Worth, Texas duct-taped a boy to his nap mat as a way of punishing him. She saw the abuse while working there and even took pictures to prove her controversial claims. 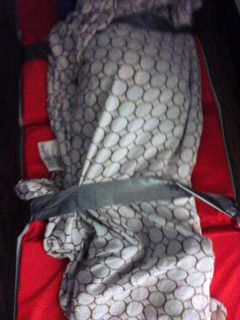 Her employer, who didn't realize she had documented the restraining, approached her and asked for her silence despite witnessing her illegal restraints. This was not the first of the abuses. Children were not giving water so their diapers wouldn't have to be changed as often. Toddlers were shut up in rooms alone. Once, allegedly, a teacher grabbed a child's hand and smacked the child's head with it exclaiming, "Why are you hitting yourself?"

If true, these allegations would mean that this school was essentially being run by a group of violent bullies.

Our friends over at the Rasansky Law Firm recently stepped in to represent the parents of the child pictured in the image to the right, and have officially filed a lawsuit against Heart2Heart Montessori Academy.

The daycare owner has come out and apologized in a vague way. Child Protective Services is investigating the daycare, but CPS investigated Heart2Heart back in April and found nothing wrong with the institution. Maybe that's why Heart2Heart is still operating.

Child Protective Services has not done anything to prevent the institution from receiving children even 60 days after being presented with these photos. It has not interviewed the parents of the boy duct-taped to the nap mat.

Rasansky Law Firm has created a petition on Change.org for State of Texas Department of Family and Protective Services – Child Care Licensing Division to intervene and discipline Heart2Heart Montessori Academy. They detail a staggering amount of evidence that indicates this daycare provider should be investigated thoroughly by the state.

You can read their argument on Change.org. It's compelling and thorough. If you agree with it I urge you sign the petition to demonstrate that child abuse will not be tolerated.