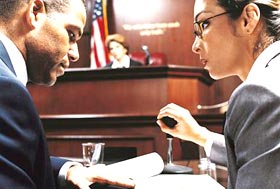 One of the most important factors of a personal injury claim or lawsuit is identifying the party who is liable or responsible for causing the accident that caused the victim's injury. Regardless of the extent of your damages – which include the cost of medical bills, lost wages, and pain and suffering – you can’t pursue a claim unless you can prove that another person or entity was at fault for causing those injuries.

Establishing clear liability for an accident can be much easier in some cases than in others. Being rear-ended by a driver who was distracted by his or her cell phone is a much more straightforward example of liability than if a car were to hit a pedestrian outside of a marked crosswalk on a rainy night. The potential for shared responsibility for an accident is called comparative negligence. Other synonyms include contributory negligence or comparative fault.

Washington state has a particular set of comparative negligence laws which apply to incidents where liability may be shared by multiple parties. These laws mean there is no strict threshold of fault that a claimant must meet in order to bring a claim. While personal injury claimants in other states can be completely barred from pursuing a claim if they are found to be even one percent responsible for their own injuries, Washington's laws allow claimants to pursue a claim even if they were up to 99 percent responsible.

While comparative negligence laws are more friendly to victims who may share at least part of the blame for an accident, they also limit the amount of damages that an accident victim may potentially recover based on their own contribution to the accident. A victim's own share of negligence or fault is the rate at which their recoverable damages is reduced.

For example, let's say Party A and Party B both negligently injured you and that the damages were calculated at $100,000. Party A was found 25 percent responsible and Party B, 75 percent. Party A's share of the damages is $25,000 and Party B's share is $75,000. Under the law of comparative fault, each negligent party is only responsible for its share of damages as determined by the jury-or a judge, if the matter is tried without a jury.

One hypothetical example involving comparative negligence would involve a driver who is rear-ended by another driver while not wearing a seatbelt. Sure, a rear-end accident is almost always the fault of the rear-ending driver, but the fact that the victim was not wearing a seatbelt would likely have contributed to the victim’s injuries to some extent.

Different Types Of Comparative Negligence Across the U.S.

The difficult part about comparative negligence is determining the level of negligence for each party. The general concept makes sense, but actually determining a percentage number for which each party is responsible when it comes to a motor vehicle accident or some other type of accident can be quite difficult.

There are four different variations of comparative negligence in the United States:

Have More Questions About Your Case?

Comparative negligence laws can have a significant impact on the overall value or even validity of a pedestrian accident claim or other type of personal injury claim, and as you can tell these laws vary state-to-state.

If you would like to learn more about your legal rights after an accident, feel free to call our award-winning team of Seattle personal injury lawyers to request a free legal consultation. There is no obligation, and it could help you gain a better understanding of the best course of action for you and your family.