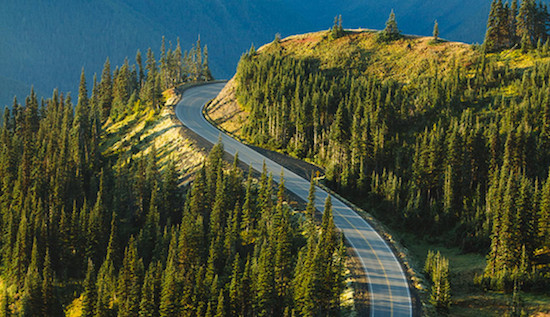 A one-car wreck in remote Clallam County sent five young people in their teens and early 20s to the hospital with injuries, according to the Clallam County Sheriff's Office.

Alcohol and speed are believed to be factors in the collision, which occurred around 10 p.m. on Hoko-Ozette Road. First responders found a vehicle in a ditch with extensive damage.

A preliminary police investigation found that the car was heading north on Hoko-Ozette Road toward Highway 112 when the driver missed a curve and went off the roadway, slamming into a tree stump. The jolt caused the car to spin into a ditch.

Emergency personnel found three people trapped inside the car. The driver, a 19-year-old woman, was pinned between the seat and steering wheel. One other passenger was unconscious.

All five occupants were taken to Forks Community Hospital. The driver was then airlifted to Harborview Medical Center in Seattle. Another person was taken to Port Angeles Olympic Medical Center.

Police say that only one occupant was wearing a seat belt.

Why Rural Roads are More Dangerous

Statistics over the years have shown that rural roads are far more dangerous than city roads. In fact, in Davis Law Group, P.S.’s study looking at teen driver accidents in Washington state, the counties with the most accidents were rural.

This is true for a number of reasons:

If you suffered an injury while you were a passenger in a car driven by a teenager, you may be able to seek damages from the negligent parties. It doesn't matter whether you were riding in the negligent driver's car or the victim's. If you were injured, you should talk to a personal injury attorney immediately.

For a free case evaluation with a Washington state car accident lawyer, contact Davis Law Group today. We handle cases across the state and have recovered millions in compensation for our clients.

Contact our office today to discuss the injuries you suffered as a passenger in a car accident. Initial consultations are free so it won't cost you anything to get your questions answered. You can reach us by phone at (206) 727-4000, use the chat feature below or fill out the form on this page.