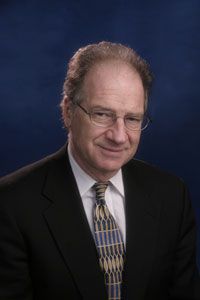 Although helmets provide significantly greater protection to those who wear them, some people just don’t like the added weight and constraining feeling that comes with them. That alone is perhaps one of the primary reasons for helmet laws in cities all over Washington State.

Now, skateboarders and cyclists in the city of Milton who prefer to feel the breeze directly upon their foreheads can legally ditch the helmet when they ride, thanks to a policy change from the city this year.

But city officials didn’t come to this conclusion so that skateboarders and bicyclists would be able to play freely. According to a King5.com news report, Milton Police Chief Bill Rhoads says the city’s insurer led them to the decision.

“[The insurer] said if you require helmets, and you’re not doing the enforcement, then you’re open to liability,” Rhoads said. “So it’s either all or nothing.”

With limited manpower due to statewide budget cuts, it’s next to impossible for officers to enforce the helmet law in Milton. However, some in the community believe that this could open the floodgates for an increase in head and brain injuries.

“It makes me angry because they’re putting themselves at risk when they don’t need to be,” says Dr. Fred Rivara, Chief of Pediatrics at Harborview Medical Center in Seattle. “It can be on pavement, on a curve, [it] can result in a lifelong changing injury.”

If you have suffered from debilitating medical conditions as a result of a traumatic brain injury, you may be entitled to financial compensation for your injuries and lost wages.

The Davis Law Group has nearly two decades of experience in representing personal injury victims. Contact us today at 206-727-4000 to schedule a free, no-obligation consultation.