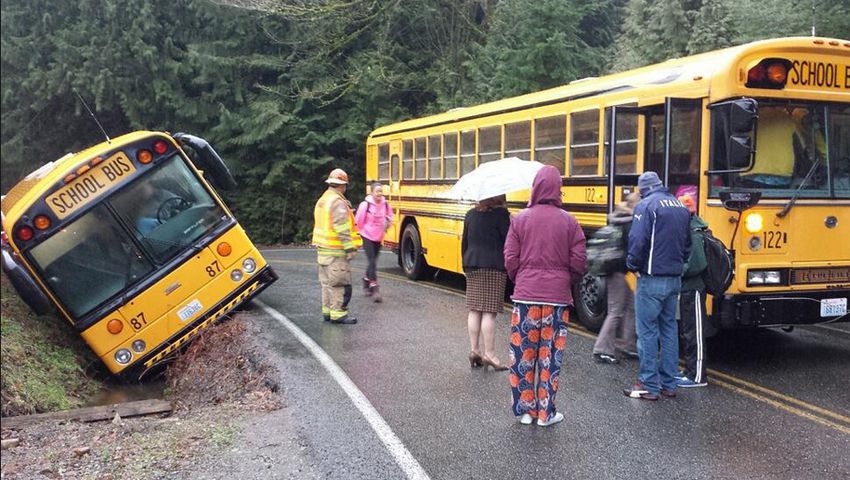 In the United States, school bus accidents are somewhat of a rarity, and thankfully we don’t hear about children being injured in devastating crashes too often – especially when you consider that some 480,000 school buses carry 25 million kids each day. That’s more than half of America’s schoolchildren.

Overall, the data shows us that school buses – the largest form of mass transit in the U.S. – are generally a safe option for transporting children, but the reality is that accidents do happen and children do get hurt as a result.

From 2004 to 2013, 1,214 people were reportedly killed in school transportation-related accidents, according to the National Highway Traffic Safety Administration (NHTSA). This statistic is partially misleading in the sense that nearly three-fourths (75 percent) of all the deaths were occupants of the other vehicles involved in the crash. That data makes sense – school buses are huge vehicles that can cause a lot of damage.

In fact, only 8 percent of all fatalities that resulted from school bus accidents were occupants in the buses themselves. The remaining percentage of all fatalities – 21 percent – was made up of non-occupants of either vehicle, meaning they were likely pedestrian bystanders or bicyclists.

The NHTSA found that from 2004-13, just 106 people – both children and adults – were killed while riding or driving a school bus. Sixty-one were passengers; 45 were drivers. Those numbers equate to just six passenger fatalities a year. Considering the number of children that ride the bus and the estimated 10 billion miles a year school buses cover, busing is extremely safe.

Besides a vehicle-to-vehicle school bus accident, there are many ways that children can be injured while riding the school bus.

Roughly 17,000 children under the age of 19 visit emergency rooms each year for injuries associated with school buses, according to School Transportation News. More than 40 percent of all school bus injuries are a result of a vehicular accidents – collisions between a school bus and another vehicle, according to a 2006 report by the Center for Innovation in Pediatric Practice.

Twenty-four percent of the injuries occurred while children were entering or exiting a school bus, CIPP found. An average of 19 school-age passengers are killed getting on and off the bus each year, STN found. The most at-risk group is children age 5 to 7. Most of the deaths occur in the afternoon – 38 percent of the fatalities happen between 3 and 4 p.m.

Despite the obvious safety benefits, many school buses do not have seat belts or other types of safety restraints to hold children in the event of an accident. There are drawbacks to seat belts – cost and making sure they are used, primarily.

In Washington State, buses are not required to have seat belts, but that could soon change. A multimillion-dollar bill proposal in January could overhaul the state’s buses and outfit them with seat belts, a process that could cost upwards of $10,000 per bus. If passed, Washington State would become the seventh state to require seat belts on buses.

If Your Child Was Injured In A School Bus Accident

In the event of a school bus accident in which your child was injured, you are probably wondering what your legal options are. A negligent bus driver, poor bus maintenance, unsafe driving, failure to use proper safety signals, as well as an overcrowded bus, can all lead to a school bus accident.

To begin the process to recovering compensation for your child’s injuries, contact an experienced Washington personal injury attorney with a strong track record representing school bus accident victims and their families. The attorneys at Davis Law Group, P.S., work on a contingency fee basis, meaning there are no up-front costs and all attorney's fees are paid at the conclusion of the case. Call our office at (206) 727-4000 today or use the contact form on this page to get started.