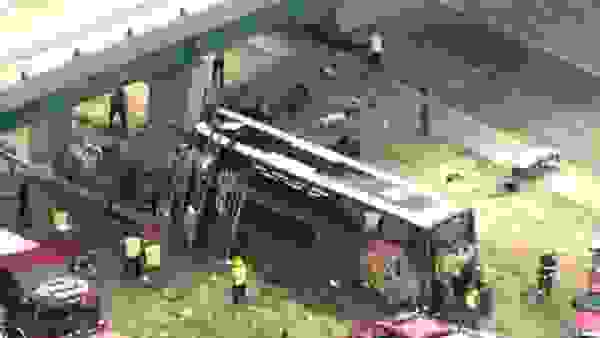 A double-decker Megabus from Chicago crashed into a concrete pillar supporting an overpass on Interstate 55 in Illinois Thursday afternoon. At least 25 of the 81 total passengers were injured in the bus crash.

According to news reports, a flat tire on the freeway caused the bus to lose control and crash into a support pillar at about 1:20 p.m. near Litchfield, IL, which is about 60 miles north of St. Louis, MO. Emergency vehicles arrived on the scene to treat some of the injured, while nearly two dozen people were transported to nearby area hospitals. A total of 25 people were estimated injured at the time of the reports.

The bus was reportedly headed from Chicago to St. Louis when it crashed into the cement post. No details on charges or the details of an official investigation were reported.