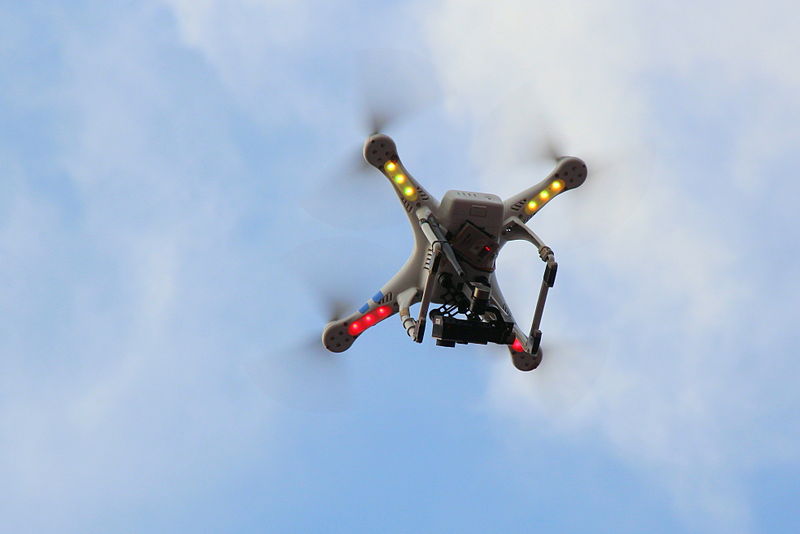 Paul Skinner was filming Seattle’s Pride Parade with his aerial drone, according to The Seattle Times, when his remote-controlled device struck a building and plummeted onto a spectator, knocking her unconscious.

The Times says that Mr. Skinner, the owner of an aerial media firm, has now been charged with reckless endangerment for his role in the accident.

Are Drones Hobby Items Or Aircraft?

Remote-controlled drones’ low cost and easy setup have made them popular toys and recreational devices in the last several years. Once so expensive and specialized that only government agencies and well-funded researchers could use them, drones are now so ubiquitous that budget-conscious companies like Amazon are looking into using them for deliveries.

But it’s unclear what status drones occupy under insurance policies. Drones are a new technology, one that’s evolving as fast as the law can change, and some insurance policies may not yet cover injuries caused by drones.

Drones occupy a nebulous legal area; they’re sometimes regulated like aircraft, with restrictions set by the Federal Aviation Administration on where they can fly, but some homeowners’ insurance policies would classify them as model or hobby aircraft.

Who Pays For Drone Injuries?

If Mr. Skinner’s victim decides to file civil charges to recover damages from the accident, she may find herself in a legal grey zone. If Mr. Skinner had been flying the drone solely for his own recreational use, his homeowner’s insurance might cover his victim’s injuries, depending on how they define model airplanes (many homeowners’ insurance policies will not cover injuries caused by aircraft, but may cover injuries from toys and models).

But since he was operating his drone for commercial purposes, not for recreational ones, the FAA may not consider it a model aircraft. Media companies like Mr. Skinner’s may have insurance policies that cover injuries caused by work equipment, but again, the nebulous legal classification of drones may make a case like this one tricky to litigate.

Injured? Call For A Free Consultation

As drones become cheaper and more ubiquitous, injuries will doubtless become more common. Most of the laws about drones currently on the books are intended to regulate aviation safety, not to determine who’s responsible in cases of equipment failure or negligent or malicious use. This means that drone injuries will be fought over in criminal or civil courts while insurance policies and the law catch up to the rapidly changing technology.

If you have been injured in a drone accident, an aviation accident attorney may be a valuable resource, as even a straightforward civil suit will involve technology that insurance companies may not yet have adequately defined in their policies.

Call Davis Law Group at (206) 727-4000 to request a free legal consultation with our award-winning team of personal injury attorneys.