Robert Earl Keen is a Texan and a singer-songwriter. Lyle Lovett, the Dixie Chicks, and George Strait are all fans. But he recently tweeted out that there should be a sign you text a friend when you buckle up to show that you won't respond because you're driving.

That means, "Won't text for a while. I'm driving." But public policy writer Kriston Capps recently pointed out that there are a lot of problems with that: namely the person you're texting with might try to come up with a good comeback, which will just continue the conversation (#Hashtagmuch? is a particularly bad response).

Capps instead has a genius idea. Why not repurpose airplane mode, which the airlines have largely abandoned, and turn it into the standard can’t text; driving mode?

You would activate it before starting you journey and it would auto-reply to all texts with a message that said you couldn’t respond right away because texting and driving hurts people—more than four-hundred and twenty thousand people were injured in texting-while-driving accidents in 2012 and more than three thousand people were killed.

Many tech people believe that texting-while-driving accidents are a historical anomaly. People acclimating to a new technology. Is it worth the resources it would take to promote this new feature especially when cars might be driving themselves soon?

Experts agree that as soon as we have the technology for self-driving cars, it will be swiftly implemented. If driverless cars deliver that safe future to us, it will obviate the need to implement any sort of system to minimize hazardous driving. 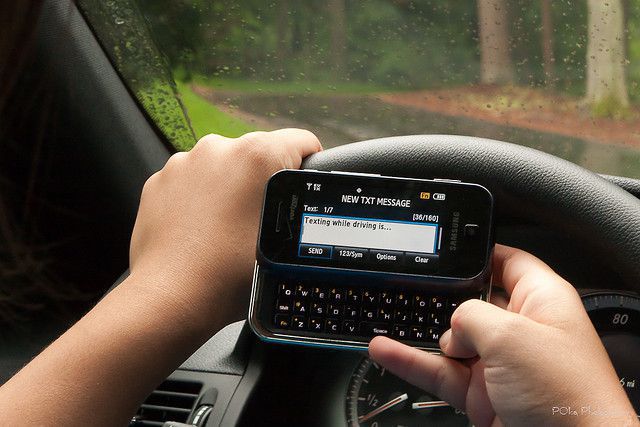 But there’s going to be an interim period during which texting and other asynchronous communication becomes far more common (as Baby Boomers age out communication technologies entirely, and as Digital Natives join Millenials and Gen X-ers in the workforce) but before self-driving cars replace manual vehicles on roadways. It’s during this time that telecommunications companies could do the most good by creating this ‘Drive Mode,’ and save as many lives as they can.