Cars Vs. Animals: 128 Collisions in Thurston and Pierce Counties 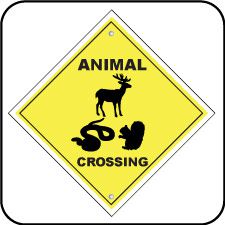 In 2011, there have been 128 car vs. animal collisions in Thurston and Pierce counties thus far. This time of year, many commuters see deer and other animals on the move much more. Many animals, unfortunately, make their way across the highways and roads, which is a huge hazard to drivers.

Forty-four of the reported incidents with animals were on Interstate 5; 49 were on state routes; and 35 were on county roads.

However, there may have been other animal-related car accidents; these are just the number of accidents that were reported.

As we turned our clocks back this last weekend, it is dark during the morning and evening commutes for most drivers. This makes it that much more important for drivers to pay extra attention to driving to avoid accidents with crossing animals.

A few safety tips to avoid collisions with animals: Davis Law Group wishes everyone a happy and safe fall season!