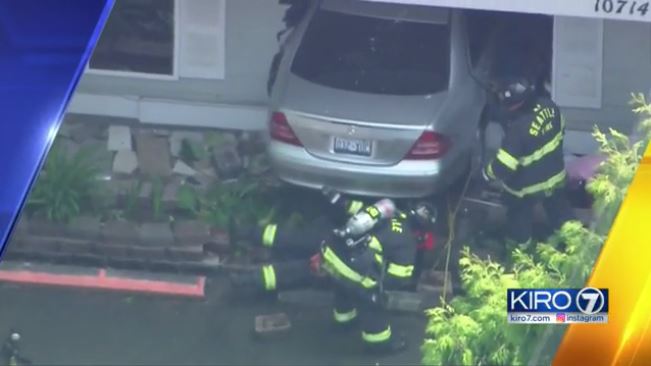 Police in Sammamish say a teenager caused a serious vehicle-into-building crash after driving a car at extremely high speeds before crashing into several objects, including a parked vehicle and eventually a house.

According to Q13 Fox News, the 16-year-old driver and a teenage passenger were traveling at speeds upwards of 75 miles per hour on 232nd Place NE in Sammamish Tuesday when the vehicle began to lose control. The car crashed into a power box before striking a tree, then crashed into a parked vehicle before finally colliding with the garage of a home in the neighborhood and coming to a stop.

The crash knocked out power to at least one home in the neighborhood, which crews fixed a couple of hours later. Fortunately, no one suffered any injuries as a result of the collision. Investigators told Q13 that the driver was traveling way too fast and that the King County Sheriff’s Office will continue to investigate the incident. There was no word about whether the driver received a citation.

Legal Responsibility For Accidents Caused By A Minor

The Family Car Doctrine in Washington state recognizes that parents can be held legally responsible for injury or other damages caused by a family member driving a vehicle which is owned, provided, or maintained by the adult parent or guardian. The one caveat is that the minor driver must have had permission to drive the vehicle in order for liability to apply to the parent.

The award-winning attorney Chris Davis and the legal team at Davis Law Group have published a free legal guide for parents of teen drivers. Order your free copy of the book today by visiting WashingtonAccidentBooks.com