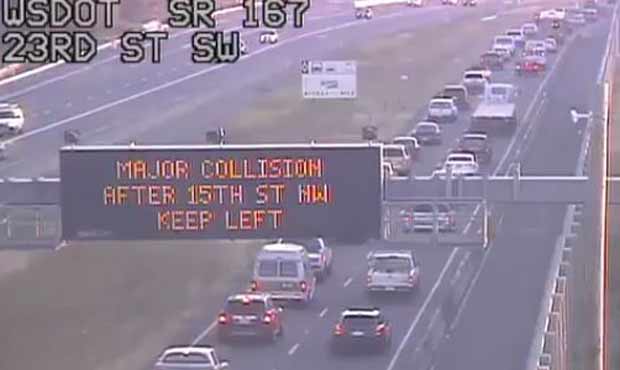 Multiple vehicles were involved in a serious accident in Auburn near the Emerald Downs racetrack. The accident happened at around 2 a.m., and crews worked through the early hours of the morning to clear the scene. There was still a backup on the route during commuting hours.

According to police reports, a silver 2002 Mercedes 320 was driving at a high rate of speed when it lost control and struck a blue 2009 Dodge Journey in the next lane. The Dodge rolled multiple times before coming to rest on its side in a ditch. The Mercedes stopped in the middle of a lane, facing sideways. A third vehicle was struck by debris from the collision.

Police have not yet said whether drugs or alcohol were a factor in the auto accident and are still working to determine whether charges will be filed. According to The Seattle Times, the Washington State Patrol is investigating the crash as a possible felony vehicular assault, suggesting that the at-fault driver may have been driving recklessly at the time of the crash. The stretch of road where the accident took place is known to be dangerous due to late-night races; because it is long, flat, and usually without obstructions in the early morning hours, drivers congregate there for high-speed street races.

Davis Law Group currently represents victims of a serious motor vehicle crash that recently occurred in nearly the exact same location, and under similar circumstances. It is believed that the driver in that case was racing another vehicle at the time of the collision.

If you're getting on the road from South King Co - Crash on SR 167 blocking all but HOV lane at 37th. Use alt routes pic.twitter.com/oQl9VJYHwr