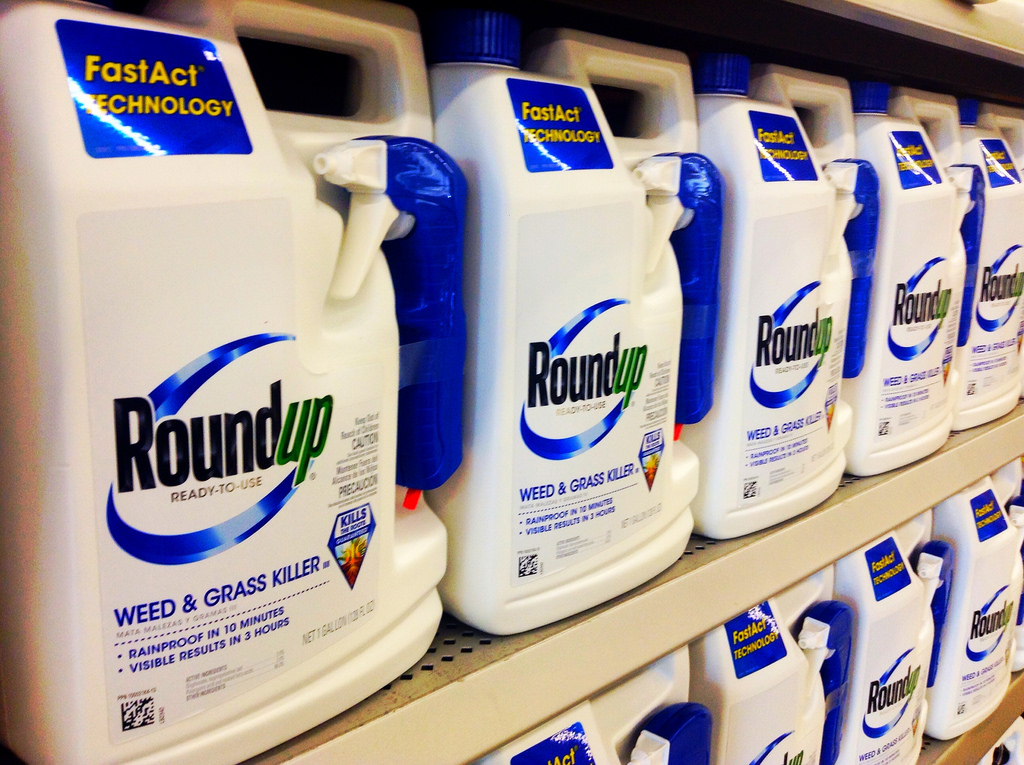 A jury in San Francisco, CA ruled on Tuesday that Roundup weed killer was a substantial contributing factor to a plaintiff’s cancer, setting the stage for additional legal action against the weed killer’s manufacturer, Monsanto.

Edwin Hardeman, a 70-year-old California man, alleged in his lawsuit against Monsanto that glyphosate, the main ingredient in the company’s top-selling weed killer, caused his cancer.

History of Glyphosate And Cancer Risk

Hardeman started using Roundup products to treat poison oak and other nuisance plants on his property in Sonoma County, CA between the 1980s and 2012. He was then diagnosed with non-Hodgkins lymphoma in 2015.

Glyphosate, which was developed by Monsanto in the 1970s, has been the subject of controversy in recent years. Researchers with the World Health Organizaiton’s International Agency for Research on Cancer officially decided to classify the chemical compound as a “probable human carcinogen” in 2015. The United States Environmental Protection Agency (EPA) maintains that glyphosate is safe when used in accordance with established safety guidelines.

Shortly after the International Agency for Research’s designation of glyphosate as a probable carcinogen, lawsuits against Monsanto began to roll in. The first lawsuit concluded in August 2018, when a different San Francisco jury awarded another man $289 million after determining that Roundup was responsible for causing his non-Hodgkins lymphoma. That award was later reduced to $78 million, and Monsanto is in the process of appealing.

The Importance Of This Roundup Bellwether Trial

The judge presiding over Hardeman’s case, Vince Chhabria, initially split the trial up into two phases; first, Hardeman’s attorneys were charged with convincing jurors that the glyphosate-based Roundup was a significant factor in causing the cancer. The second phase, which is now in motion, will be used to determine if Monsanto – and Bayer, which purchased the company in 2018 – are liable for damages, as well as the extent of their liability.

Judge Chhabria is actively overseeing hundreds of cases involving cancer victims who allege that their cancer was caused by Roundup. The judge deemed Hardeman’s case, as well as two others, “bellwether trials.”

This is significant because bellwether trials can set precedent for future litigation and help attorneys on both sides determine if continuing to fight in court is worth the resources or if the cases should be settled outside of court.

Needless to say, the jury’s decision in Hardeman’s case provides positive outlook for other cancer victims who believe that Roundup is responsible for causing their cancer. Decisions like this add mounting pressure on manufacturers like Monsanto to accept responsibility and fairly compensate plaintiffs who have been harmed due to the company’s negligence.

Now is the time for people who believe Roundup caused their non-Hodgkins lymphoma or other forms of cancer to consult with an experienced personal injury attorney about their legal rights and options for pursuing legal action. Pursuing a claim against Monsanto may allow you to recover financial compensation for your medical bills and other damages you have suffered.

Our award-winning legal team can help you better understand your legal rights and the types of financial compensation you may be eligible to recover through legal action against Monsanto. Call Davis Law Group at (206) 727-4000 or use the confidential contact form on this page to have your case personally reviewed by our legal team and to learn more about your legal rights.