Boy Hit by Car, Fractures Skull While Walking to School in Kennewick 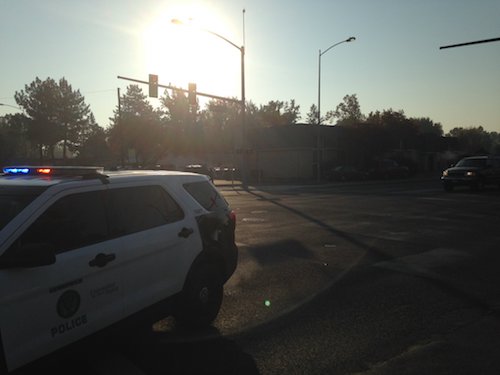 A boy was struck by a vehicle while walking to school in Kennewick on Monday, according to emergency officials.

The incident occurred around 8:30 a.m. at the intersection of 4th Avenue West and Edison Street South.

Police say the driver of a vehicle was heading south on Edison Street South with a green light when the 10-year-old boy — walking east on 4th Avenue West — did not stop at the crosswalk.

Witnesses say the boy ran into traffic and was struck by the vehicle’s mirror. The vehicle attempted to swerve and miss the boy.

The boy was conscious and alert when police arrived and he was taken to Providence Sacred Heart Children's Hospital in Spokane. He is recovering in the intensive care unit with a skull fracture. He is in stable condition.

The driver of the vehicle showed no signs of impairment or distraction.

Kennewick police Sgt. Aaron Clem told KEPR that parents should talk to their kids and remind them to be aware of their surroundings.

In regard to the above injury collision: “Potentially we could have had a death because of it.”

Clem wants to remind drivers to be vigilant and watch for potentially dangerous situations.

“We can’t emphasize it enough,” he said. “Just be aware of your situation. Make sure you’re traveling at a speed at or below the speed limit so that you can react to anything that these kids do as they walk to and from school.”