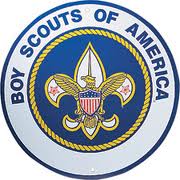 Court documents related to a sexual abuse lawsuit filed against the Boy Scouts of America claim that the organization failed to share information about known child molesters, which allowed sexual abuse of at least 12 Seattle children over a 30-year period.

The Boy Scouts of America is one of the largest youth leadership organizations in the United States and has come under scrutiny recently after multiple claims of sexual abuse and the covering up of important information regarding that abuse.

Boy Scouts of America is accused of failing to protect children that were understood to be in its care by knowingly and negligently withholding information from Seattle-area chapters that would have alerted officials about the identities and activities of known child molesters in the scouting organization. The lawsuit says that while Boy Scouts of America kept detailed records about abusers within the system, it never shared those records with police or the parents of children involved in the program.

Some of the organization’s records, which contained identities and other information about approximately 6,500 individual child molesters, have been made public in recent years after the allegations gained widespread attention in the media. But another 15,000 documents assumed to contain even more important information about the alleged abusers were reportedly destroyed as part of the organization’s effort to cover up what it may have known about the child abuse.

According to court documents related to the lawsuit, the national Boy Scouts of America organization along with several local councils and chapters were named as defendants in the suit. The suit also named 13 individual men who either allegedly abused the boys or did not report substantiated claims of abuse. The lawsuit alleges that some of the child victims were abused over a period of time and, in some instances, by more than one scout leader.

A majority of the instances of abuse related to the lawsuit filed in King County Superior Court are alleged to have occurred while the children were on hiking and camping trips or at Boy Scout-operated camps in Snohomish and Jefferson counties between 1960 and 2006. News reports indicate that the youngest victim is now 18 years old.

Aside from evidence of actual child abuse, perhaps the next most damning evidence for Boy Scouts of America in this particular case could be the fact that leaders of the organization made extensive efforts to cover up the abuse. Moreover, legal experts have voiced concerns that organizations who refuse to take responsibility for child abuse and fail to report the abuse and correct behavior could increase the risk for further instances of child abuse.

1 Comments
The sexual abuse of kids and girl is becoming a serious issue. Government and related authorities really need to do something for this.
by Forklift Rentals September 4, 2013 at 09:03 AM
Post a Comment