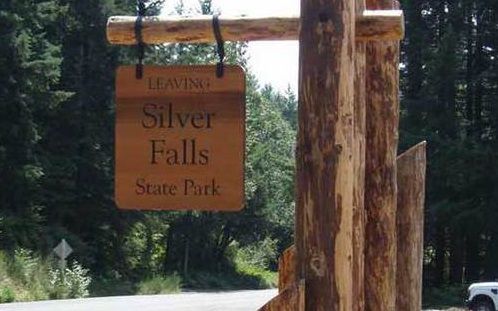 Authorities at Silver Falls State Park in Oregon have said they were aware of a broken railing that left a young boy with serious injuries after he leaned against the railing and fell 40 feet into a creek on Sunday.

Officials say that 10-year-old Wilson Pelot was visiting Silver Falls State Park in Silverton, Oregon with his father. According to various news reports, the two were on a hike near the Upper Falls section of the park when they decided to stop for a break.

The boy reportedly began leaning against the railing overlooking the falls, but the railing gave way and he fell approximately 40 feet below into a creek. The boy suffered a broken wrist, a laceration to his face and damaged vertebrae in his spine. Despite his injuries, however, hospital officials say the young boy could be released from intensive care within a matter of just a few days.

Why Was the Railing Damaged?

According to several accounts from other hikers who witnessed the incident, the railing that gave way was marked with warning tape at the time the boy fell through it. Park employees were aware that several storms from earlier in the month had damaged the railing and made it less stable, according to park manager Kevin Strandberg.

Strandberg added that the railing was on a list of maintenance projects scheduled to be addressed by park employees, but workers had not yet gotten around to fixing this particular issue. On average, Sandberg says that there are between 20 and 30 reported injuries every year at the park – typically minor scrapes and bruises from tripping or falling – out of an estimated one million visitors.

Those numbers aren’t particularly concerning, especially considering that none of the reported injuries were believed to be serious. However, this clear lapse in judgment by park employees could leave them in hot water in the event that the boy’s family decides to pursue civil action as legal recourse.

Should the family choose to pursue legal action against the park for failing to maintain the faulty railing, it could be presumably argued that the boy may not have had reason to believe that the railing was unstable and that he would be injured as a result.

Of course, the validity of this argument would be dependent upon how much of an effort had been made to warn park visitors of the railing’s instability. News reports identified that there was some caution tape on the railing at the time, but there’s no telling how clear or obvious this may have been to the average park visitor.

In situations involving injury to a child, photographic and video evidence can play a big role in determining whether or not an organization or government agency may be liable for a person’s injuries and other damages. It would be beneficial for the boy’s family to have documented evidence of the state of the railing at the time the boy fell, in addition to any correspondence they may have had with the park manager.

Any time a person believes they may potentially have a personal injury claim against a government agency, consulting with an experienced attorney may be beneficial in understanding their legal rights and options for moving forward. If you or a loved one would like to consult with an attorney about a possible personal injury claim, contact the personal injury lawyers at Davis Law Group online today or call 206-727-4000 to schedule a free legal consultation with our award-winning legal team.