Bicyclist Rescued by Bystanders after Collision in Seattle 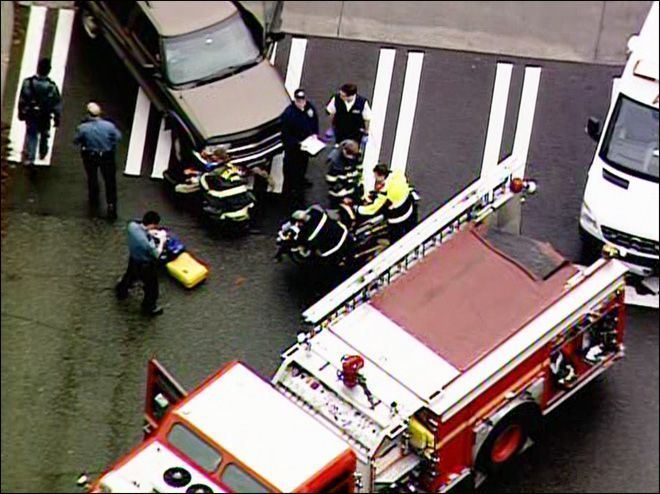 A group of bystanders rushed to the aid of an injured bicyclist after watching him get hit by an SUV in Seattle’s University District Thursday morning.

Kyle Moore, the spokesman for the Seattle Fire Department, says that emergency responders first received calls of a 28-year-old bicyclist who had been run over by a large SUV near 43rd Street and 15th Avenue NE at about 10:45 a.m. Thursday. At the time of the initial calls, responders were told that the bicyclist was actually trapped underneath the vehicle.

By the time emergency personnel had arrived, however, a group of Good Samaritans had already gathered together and lifted the vehicle off of the man’s leg.

“Our original report was that he was trapped under the car, but some Good Samaritans gathered together in the crowd, and they lifted the car up and were able to free the 28-year-old biker from underneath one of the wheels, where his foot was trapped.”

The man sustained significant injuries to his foot from the bicycle accident and he was taken to the UW Medical Center to be treated for his injuries.

All bicyclists in King County are legally required to wear helmets while riding. Bicyclists are also encouraged to wear bright clothing to help make themselves more visible, although visibility may not have been a significant factor in this crash since it occurred during daylight hours.