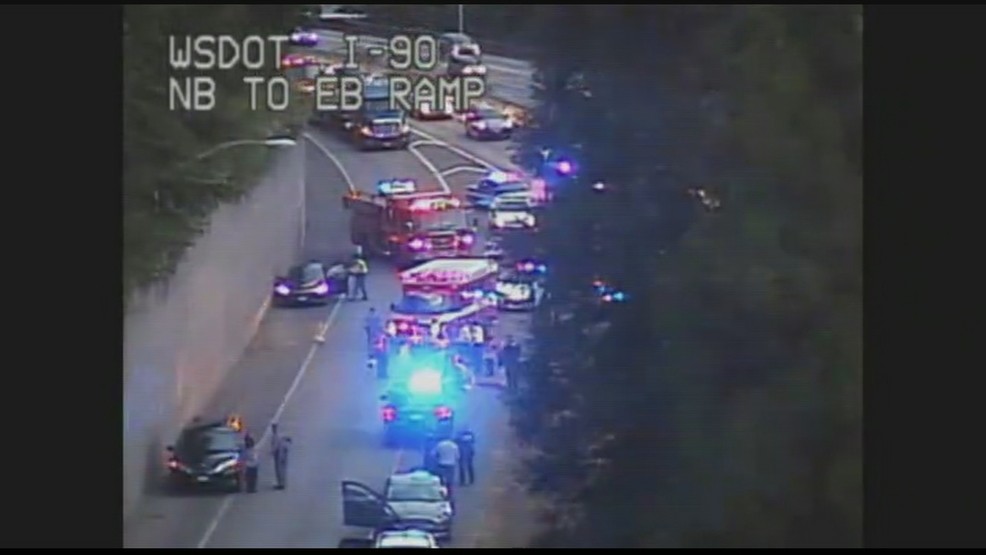 The bicyclist was struck by a woman driving a gray Ford Fusion. The woman stayed at the scene and told police that the cyclist had attempted to ride his bicycle across the ramp in front of her when she hit him. The cyclist was hit near the gore point of the exit; it is not clear why he was crossing the on-ramp, and police have not yet released a statement about where they believe he was heading. Officers examined the Fusion’s driver at the scene and found no signs of impairment.

The bicyclist was pronounced dead at the scene. Investigators spent approximately three hours at the scene before the ramp was reopened.

(Image: A photograph of the scene taken from a Washington State Department of Transportation camera. This camera is located at the Interstate 90 northbound to Interstate 5 eastbound onramp. Image source: KOMO News)

Is It Legal To Bike On An On-Ramp?

In Washington state, bicycles can be treated as vehicles on many roads. However, cyclists are not supposed to share the road in high-speed, high-risk areas like Interstate 5 in Seattle. Where cyclists are allowed on freeways close to the Seattle area, they’re often encouraged to use protected bike lanes. Interstate 90 and Interstate 5 do not appear to have bike lanes at the point that the cyclist was struck, although the road does have a narrow shoulder.

There are, however, some times when cyclists are allowed to cross the road near on-ramps. In many parts of Seattle, the entrances and exits to Interstate 5 and I-90 are marked with pedestrian crossing areas. While it’s legal for cyclists and pedestrians to cross in these areas, they’re particularly high-risk zones for accidents. Cars may be travelling at high speed while entering the on-ramp or leaving the highway. Many on-ramps are also designed to curve, so drivers may not be able to see a pedestrian in the road ahead.

It’s unclear from police statements whether the cyclist involved in Wednesday’s accident should have been allowed on the on-ramp. Photographs of the scene show a high wall near the highway with no obvious pedestrian crossing. In this case, a cyclist should legally behave like a pedestrian, not a motor vehicle.

Who Can Answer Your Legal Questions After An Accident?

While most people are vaguely familiar with traffic laws, it’s not always easy to determine after a serious accident whether the victim had the right of way or even the right to be in the area. In cases where liability is in dispute, many victims and their families are unsure whether they’re even allowed to file a claim for damages.

In cases like these, it’s a good idea to find a bicycle accident attorney who offers free consultations. An experienced personal injury attorney can look into the circumstances of an accident, find relevant laws, and help victims determine whether they have a viable case.

Our team of personal injury attorneys work on a contingency fee basis, which means that if they do believe a client has a case, they will take that case without a charge up-front and have their fees paid out of any eventual settlement or verdict. If you have been injured in a bicycle accident, you can get in touch with our legal team at any time by using our convenient chat feature, visiting our contact form, or calling (206) 727-4000.