Bicyclist Injured in Hit-and-Run with Car2Go in Seattle 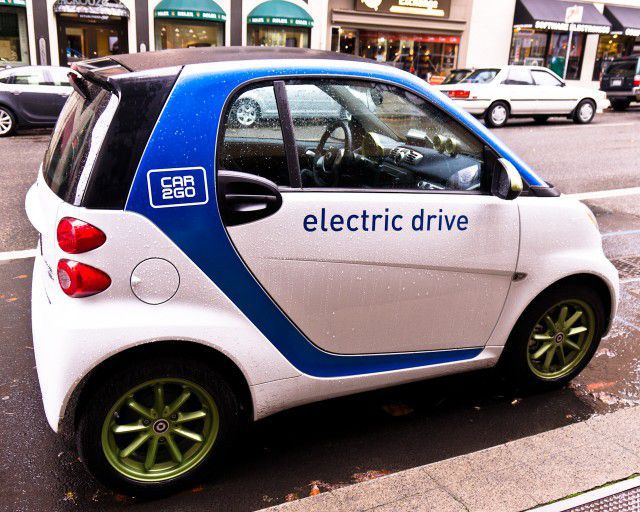 A bicyclist sustained significant injuries Saturday night after being struck by a hit-and-run driver in the Capitol Hill neighborhood. But the circumstances of this particular bicycle accident made things difficult for police to track down the driver of the vehicle involved.

At approximately 8:30 p.m. Saturday, Seattle police received a report of a bicyclist who was struck by a blue- and white-colored SmartCar on E Olive Street at Bellevue Ave E. Seattle Fire was dispatched to the scene to treat the bicyclist, and his injuries – multiple contusions and lacerations to his leg – were severe enough that he required treatment at the emergency room.

Police began working to track down the driver of the SmartCar, which got even more difficult as they discovered that the vehicle was actually owned by Car2Go – a ridesharing company that allows members to rent their SmartCar vehicles on a temporary basis, sometimes for only minutes at a time.

As of Saturday evening, police were having a tough time tracking down the driver because of difficulties with the Car2Go phone support system. And since Car2Go has become a relatively popular service for people in the Seattle area, there were reportedly dozens of Smart Cars in use throughout the area at the time of the bicycle accident.

Thanks to the heads-up work of multiple witnesses, police were able to use a license plate number to determine the exact vehicle that was involved in the accident and help locate the at-fault driver. Car2Go worked with police to determine who was renting the vehicle at the time of the collision and tracked him to his home address.

Upon arriving at the home of the registered Car2Go member, police found the SmartCar parked in front of the suspect’s home with “fresh damage to the front end” of the car, according to police. Police arrested the 28-year-old man on investigation of hit-and-run and when they questioned him, he admitted to driving the vehicle but denied being aware of the bicycle accident. Several bystanders who witnessed the accident have offered a much different story to police, according to this excerpt from the police report:

The driver was booked on investigation of hit-and-run and was released on $1,000 bail Sunday morning. Investigations into hit-and-run accidents, especially those that involve multiple witness statements and elapsed time between the accident and the discovery of the alleged driver, can take several weeks before formal charges are filed. Thankfully, several witnesses were able to catch the license plate number of the vehicle and prevent the investigation from taking even longer.