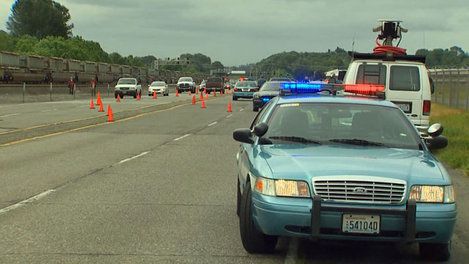 A man in his 40s was taken to Harborview Medical Center Thursday morning after he was hit by a car while riding his bicycle in the SoDo neighborhood of downtown Seattle.

Police say that the victim, who has only been identified as a man in his 40s at this point, was riding his bicycle in the 9400 block of Airport Way South just before 7 a.m. Thursday when a Nissan sedan struck the bicyclist. Based on a preliminary investigation, police found that the bicyclist and vehicle were both traveling south on Airport Way South at the time.

News reports indicate that the bicyclist suffered life-threatening injuries as a result of the bicycle accident, and a KIRO 7 news crew reportedly witnessed first responders giving the driver of the Nissan sedan a field sobriety test in order to determine if the driver involved in the crash was impaired by alcohol or drugs. Police said no signs of impairment were detected during their investigation and the driver was released, as is standard protocol in accidents involving serious injury or death.

Currently, detectives with the Seattle Police Department (SPD) Traffic Collision Squad are investigating the circumstances leading up to the crash. Because there were few witnesses to the bicycle accident, SPD officials are asking the public to help them sort out the details of the crash. If you were a witness to this particular collision, please call the Traffic Collision Investigation Squad at 206-684-8927.