Bellingham Woman in Critical Condition after Crash on Lakeway Drive 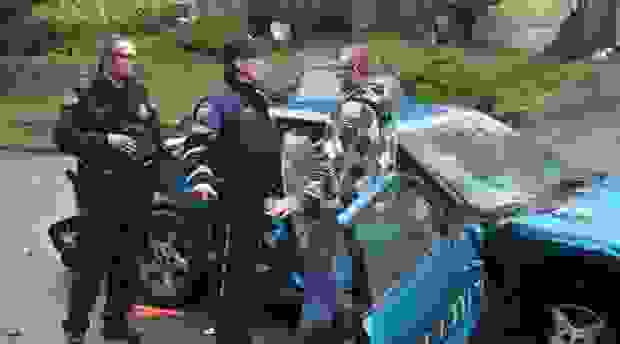 Police say a Bellingham woman remains in critical condition at Harborview Medical Center after she was seriously injured in a three-car crash on Lakeway Drive Wednesday afternoon.

According to reports, 29-year-old Lindsay Holliday was riding as a passenger in a vehicle with her fiancé, 28-year-old Darrell Robert Lee Haught, at approximately 4:20 p.m. Wednesday. According to reports, Haught lost control of the Pontiac Grand Prix as he approached the intersection of Lakeway Drive and Queen Street.

The out-of-control Grand Prix rear-ended a Honda, causing minor damage to that vehicle, before spinning further out of control and crashing into the passenger side of a Ford F-150 pickup truck.

There were two young children present in the back seat of the Pontiac when the collision occurred, though police officials say they were uninjured. Haught was also uninjured in the crash.

Injuries and Liability in Bellingham Crash

Holliday suffered life-threatening injuries in the crash, according to Bellingham police, and was immediately rushed to Harborview Medical Center in Seattle to receive treatment. As of Thursday evening, officials say Holliday was in “very critical” condition.

Haught was arrested at the scene of the crash on suspicion of vehicular assault and driving without a valid license. He was held in Whatcom County Jail in lieu of $50,000 bail. Police are still investigating all possible contributing factors involved in the crash.

According to Lt. Bob Vander Yacht, investigators believe Haught was driving erratically in the moments leading up to the crash. This would explain why Haught was arrested at the scene on suspicion of vehicular homicide. Haught allegedly told a reporter at the scene that he lost control of his vehicle due to the road being wet, however.

Call the award-winning car accident lawyers at Davis Law Group if you have been injured in an accident and have questions about your legal rights. We can help you determine the best course of action for your case and help you better understand whether it makes sense to hire an attorney.

Call our office in Seattle at (206) 727-4000 or use the confidential contact form on this page to request a free legal consultation with our team.